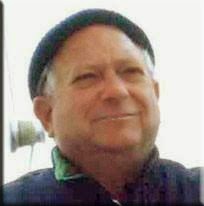 Muhammad Rasheed - Jack Vance is my favorite writer, and my number one biggest creative influence. It's hard to name a favorite character of his that stands out. There's a bunch of characters of his that are absolutely wonderful to me. There are types of characters that he created that influenced almost everything I write. 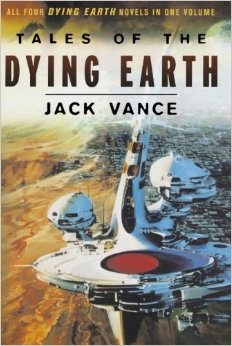 His magicians... are awesome. He doesn't make them in the Gandalf type. Jack's magicians are like eccentric artist, adventurer swordsmen, scientists. Their power levels have a wide range, from the quirky little guy with a few magic objects on his person, to immortal cosmic level beings who barely remember when they were merely human, and a bunch in between. Some of my favorites of Jack Vance's magicians are:

1.) Mazirian - Making his sole appearance in the chapter of The Dying Earth that bears his name, Mazirian the Magician was my introduction to the Vancian Universe. In the far future, when the flickering sun could burn out at any moment, Mazirian spent his time hunting down spells. The Golden Age of Magic was behind them about 4 aeons back, when over a thousand spells, cantraps and runes were known. In Mazirian's day, about a hundred were available, of which he had secured about seventy... pretty much similar to how Darth Vader hunted down the Jedi. Mazirian the Magician was a ruthless, out-cold psychopath, and that little story changed my world forever, with little exaggeration. I read that story in an anthology of "the year's best" fantasy stories I picked up at a used book store during my college days, and when I discovered that it was only one chapter in a whole BOOK of tales just like it, I nearly messed myself from shear excitement.

2.) Rogol Domedonfors - This guy ruled as the magician-king over a wonderful city that he either built himself, or remade himself once he showed up. His mastery of the Wondrous Arts was such that the city didn't need any departments to fix things, clean up, innovate, etc. to make the peoples' lives easier because they had him to watch over them. And their lifestyle he provided was Jetsons like. It was bananas! At some point in his legend he went into seclusion. During the 50,000 years he was gone the high-tech city sorta fell into ruin, but since mostly everything still worked if you knew how to operate gadgets, it was a testament to the scope and force of his power. When he came back he pretty much put the city back to the way it was in its hey day in about ten minutes. Rogol Domedonfors' only flaw, was that he wasn't as good at understanding people as he was understanding the Sciences.

3.) Kerlin the Curator - Although he never actually said he was, Kerlin was clearly a magician. He was the curator of the Museum of Man, and his sole guardianship over that ancient edifice was pretty much the same as Rogol's rule over the wonderful city of Ampridatvir. But the Museum of Man was far more awesome, so surely it's guardian had to be correspondingly more so. Imagine the ultimate... I really can't stress that part enough... the ULTIMATE! library/university/Internet/etc. that housed the accumulated knowledge of millions of years of human history. Not just a linear telling of the history, but a detailed, organized record of the development and how-to of all of our discoveries and inventions... everything we've ever done; High Magic, High Science, primitive magic, primitive science... everything. All of Rogol Domedonfors' impressive lore and skill were only a tiny PIECE of the knowledge held within the Museum of Man; the mighty city only a tiny, inconsequential footnote to the history held within its walls. Kerlin the Curator had unrestricted access to all of it, and put the perks to good use. When we met him, he was untold ages old, having absorbed an incomprehensible amount of data into his powerful mind, but the weight of countless centuries had begun to negatively affect that mind...

4.) Phandaal the Great - The Golden Age of Magic was during the 18th Aeon known as Grand Mothalam. The greatest names in magic EVER lived during that time period, a few of them we even met. If you've ever read his short story "Green Magic," it should interest you that during wonderful Grand Mothalam there was a "green & purple college" mentioned. [me ----> O_O] Phandaal the Great was the mightiest magician during that time, having personally wrought many of the spells eagerly sought after by everyone, even into the future of Mazirian's day. Throughout the four books within The Dying Earth saga, we've heard Phandaal's named referenced, heard a rumor[?] of how he may have died, and even seen spell folios with his trademark purple velvet covers, but we've never actually read a tale of him in action.

5.) Pandalume - One of Mazirian's foes ran into the mighty Pandalume during the course of those adventures. Somehow Pandalume knows and/or has access to all of the spells known during Grand Mothalam. The full extent of his knowledge is unknown (does he know everything Kerlin knows...?), but some limitations to his power are evident, as well as some weird and frighteningly enigmatic personal weaknesses, but he is safe from Mazirian's over-developed ambitious tendencies both by way of the force of his power, as well as the fact that his single story brick mansion is tucked away inside an inaccessible pocket dimension.

6.) Pharesm the Sorcerer - The extremely patient and meticulous Pharesm spent a massive amount of time first extensively studying and then trying to get to appear on earth the physical manifestation of the metaphysical concept of TOTALITY. This so that he may seize it, study it further, and perhaps let it touch (with more than likely disastrous results) its opposite concept of NULLITY. Fortunately for the Dying Earth populous, the mendicant rogue Cugel the Clever inadvertently sabotaged this scheme much to the furious magician's dismay. By these acts however, Cugel pretty much signed himself up to be Pharesm's TOTALITY finding slave... 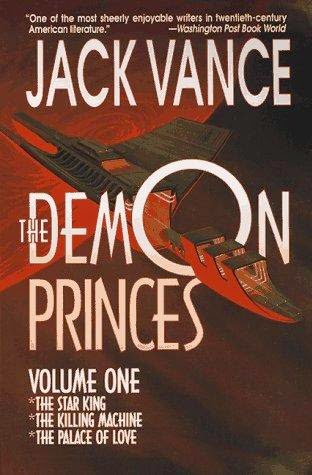 After his truly great magicians from The Dying Earth and Lyonesse, my next favorite character types of his that Vance was really good at creating were his villains, the best of which were featured in this masterful revenge saga starring the badass Kirth Gersen. Over the course of five books, Gersen tracked down five interplanetary villains Vance called Demon Princes... "Demon Prince" corresponding to "Super Villain" not dissimilar to how my own "First King" relates to "Elder God."

The Five Demon Princes were in ways similar to the magicians; they inhabited a science fiction, space faring landscape in which mankind had colonized planets across the galaxy, so the tech they had access to (whether legally or illegally) was often the functional equivalent of magic. In addition to being maniacally evil, they were also tragic figures, being compared by other reviewers to the "failed artist" archetype. Each of them also had an eccentric, ego-based singular obsession of some type, making them all come across like they wouldn't be out of place within Batman's rogue's gallery.

1.) Mattel Allagate the Woe - featured in the first novel of the series "Star King," the titular character was the Demon Prince himself... an alien creature pretending to be human that had infiltrated our society to prove he could be more human than us. The story was set up as a mystery with Gersen trying to figure out which of his suspects was the diabolical fiend.

2.) Kokkor Hekkus - While all of the Demon Princes were extremely secretive, the so-called "Killing Machine" was unusually so, with rumors floating that he was actually some kind of ghoul. Descriptions of what he actually looked like varied so wide and completely to make authorities wonder if he wasn't just a phantasm.

3.) Viole Falushe - While most prudently refused even to speculate, the fascination around the reason behind why the notorious villain Viole Falushe built The Palace of Love would never die. But the over-the-top hedonistic resort was a mere side effect to Viole's obsession over a long ago teen girl who dared scorn the advances of the proto-Demon Prince. Now he will use every horrifying resource at his command to make her love him unless Kirth Gersen can stop him first!

4.) Lens Larque - The savage Lens Larque's penchant for sadist violence can only be matched by his over-developed sense of revenge for a minor slight. But can Gersen stop the fiend from unleashing unholy hell upon the populous of an entire planet before the massive Demon Prince can make him overly-familiar with Panek, Lens Larque's infamous whip?