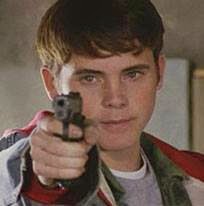 Muhammad Rasheed - [shared link]  White Police: "Why didn't we shoot him? Well, he was white so we just gave him the benefit of the doubt. Can't just go around half-cocked shooting good white folk dead without knowing all the facts. How are we going to get all the facts if we don't gently ask the suspect questions over pizza and a beer?" 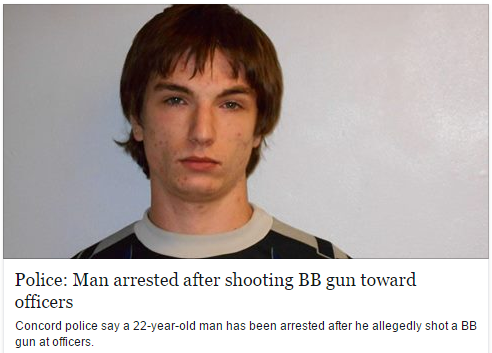 
Chris Suess - really that was their quote? weird.

Crystal Hubbard - People who've shot up office buildings and school campuses have been taken in alive. Are you really surprised by this...?

Chris Suess - I dont think I have ever heard of someone that did that though and resisted arrest that didn't end up dead.

Muhammad Rasheed - As you will recall, when the cops pulled up on 12 year old Tamir Rice, they IMMEDIATELY shot him dead the second they opened the patrol car door. This kid actually shot at them, and the cops were like "awww... how adorable. Want some ice cream, li'l fella?" 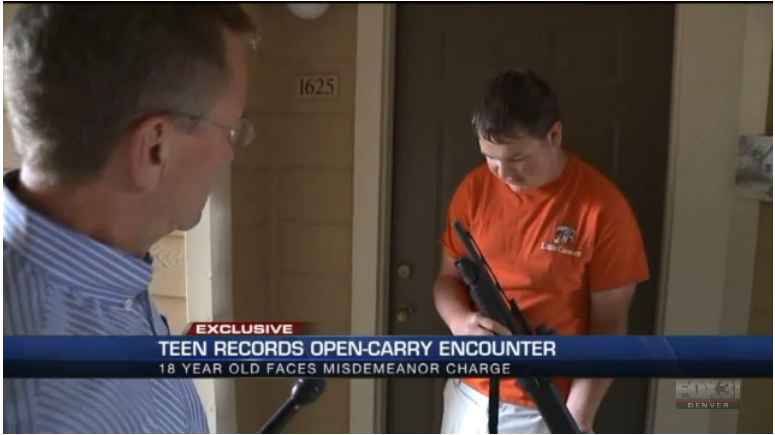 AURORA, Colo. — A teenager carrying a loaded shotgun on a busy street in Aurora was stopped by police. But he says he should not have been stopped and he videotaped his encounter with officers. Police have a different opinion.

Steve Lohner claims he was well within Colorado law while he walked in the area of South Buckley Road and East Iliff Avenue while carrying a shotgun.

Police who were called to the scene say they weren’t able to determine if he was doing it legally. Lohner refused to show them an ID to prove he’s 18.

“I simply carry this for the protection of myself and those around me,” Lohner says.

“I’ve been stopped close to a dozen times for this and this is actually the first time I’ve been forced to provide ID,” he says.

The teen says he’s on a campaign to call attention to open carry laws. “I feel like a lot of people now they see a weapon like that and they think, you know, James Holmes or Sandy Hook,”

Lohner says that’s why he started walking along major streets with his gun.

Colorado law backs up Aurora police when asking to see an ID while investigating a possible crime.

“He may be within his rights and legal, within the law to carry this gun but if we’re investigating it and he refuses to cooperate that may violate other municipal laws,” Fania says.

In fact, the Colorado Supreme Court ruled that police who are investigating a suspected crime can require an ID from people reasonably believed to have information or  were involved with that crime.

In this case police couldn’t even determine if Lohner, who they determined looks younger than 18, was old enough to legally possess the weapon.

But police say it raises questions of public safety and takes officers off of other calls. “It ties up our resources whether you’re right or wrong,” Fania says.

Lohner, who just turned 18, plans to continue his protest walks. “If enough people were to lawfully open carry in those areas and do it in a safe and lawful manner then these people would end up feeling comfortable around it.”

The teen admits that the Aurora theater shooting makes police in the city cautious.

Police say they have to respond to 911 calls when people call about what Lohner is doing. They reiterate they may be getting pulled away from other real, life-threatening situations.

Lohner faces a misdemeanor obstruction charge for refusing to show his identification.

We spoke to Lohner’s mother and she told us she is concerned about his safety.

SOURCE: Aurora teen walks on busy streets with shotgun, videotapes encounter with police
Posted by M. Rasheed at 10:08 AM