MYTH: "All stereotypes are based on truths." 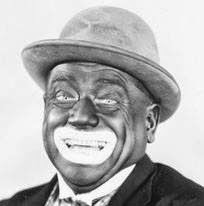 Muhammad Rasheed - What makes stereotypes bad is that they are used to blanket describe a whole group and that is never accurate. For example, racial stereotypes that describe an entire race as poor have to ignore the middle and upper class members of that race. The only truth people who perpetuate that particular stereotype reveal is how ignorant and narrow minded they are by saying it.

Stereotypes that describe certain behaviors and blanket an entire ethnicity with them are also based on ignorance of a bigger picture. For example, "All Jews, Koreans, Chaldeans, etc. are middle man groups in black communities!" is only true of certain connected families who have a particular plan for their children and grandchildren, and by no means describes that entire ethnicity. Bigots and racists will continue to say that stuff about the entire group even when those particular families have reached their goals and are no longer in the middle man role.

Bakkah Rasheed-Shabazz - "All men are dogs. Black men don't love their wives and children. Black women are all hoes, and unfit mothers". These are promoted in the media.

J Arealia Crear - I agree with everything else you say. Stereotypes are bad, and bigots will use them to make stupid inferences. ... but, generally speaking, there are at least SOME people who are stereotypical, and my experience has taught me that there are many stereotypical people. Not all, but many.

Muhammad Rasheed - There is nothing that any individual humans do that can't be found inside of every other group of humans. That fundamental truth is the reason why 'all stereotypes are based on truths' is false, because people use the stereotype to define an entire group. That's the part that makes it false, not the fact that you can find some individuals among the group that have traits to fit the stereotype profile... you can find individuals among EVERY human group that will have traits to fit the profile, too. That's the point.

Stereotypes are used by people who are anxious to find definitive differences between us that can be used to separate each of us from the other.

J Arealia Crear - On an academic level, you are logically correct. If I say Chinese people are short, you'll show me that one Chinese NBA center (whose name slips my mind). Or you'll say, but short people can be found in all cultures, so not fair to put shortness on the Chinese. But there are far more short Chinese people than tall... I'd say that stereotype is based in reality.

J Arealia Crear - It is difficult to defend any statement that involves the word "all", even the statement along the lines of "all stereotypes are inaccurate..."

Muhammad Rasheed - To give a statistical average about a particular people is not the same thing as creating a generalized profile and blanketing the entire group with it. If I hear that there's a Chinese person coming to the job, I can have certain expectations based on my knowledge of the national average, but I would be wrong to pull out my generalized profile based on stereotypes and act like the new co-worker isn't a 'real' Chinese person because he doesn't fit the stereotypes.

John Kraft - Remember all Germans are war mongers. All French are drunks. All British are stuck up prigs. All Americans are loud and boarish

J Arealia Crear - Change the word all to many, and you'll find a lot of truth.

Daniel Stone - well, think of it this way; stereotypes act as suggestions for behavior. the generalization labelled upon a people will, if projected and reinforced often enough, begin to inform the behavior of the targeted group. Especially if the group projecting the stereotype puts forth effort towards creating systems that will force people to act out these behavior (economic disparity and limitation of opportunities will create a desperate enough situation that people will begin to act out violently and irrationally).

Muhammad Rasheed - The reason why stereotypes are false is that they used to describe a particular group, despite the fact that those traits don't describe every member of that group, and describes members of every other group as well. No individual group has a monopoly on the list of stereotype traits that are falsely used to pin down that group.
Posted by M. Rasheed at 2:38 AM