Is Religion God's Gift to Mankind, or Man's Stranglehold Upon Himself? 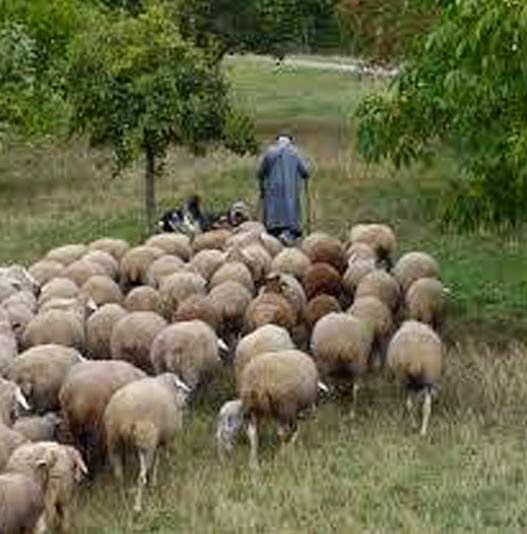 Nina Savino - Muhammad Rasheed, I've read many works and listened to many people that claim to be the word of God, or representing the Word of God. And while I believe it's very true, that faith and spirit, the communion with God, is very much and individual walk, I disagree that religion has anything to do with God whatsoever.

Muhammad Rasheed - It’s easy to see why someone would think that, but it is not true.  The religion is the lifestyle of the believer… composed of the rituals, tenets, and faith… that encodes the message within the system of day-to-day routine.  I pray regularly to keep God at the forefront of my thoughts to lesson the chances of dwelling on mischief.  I recognize the right of the needy to a portion of my regular income and give accordingly.  I fast to not only strengthen my personal discipline, better enabling me to resist temptation, but also to give a glimpse into the lives of those less fortunate than myself that I may better empathize with them.  It is this that is my religion that keeps me on the Path, and brings me closer to my Lord.  It is very much from Him, and in my belief system, perfected by Him.

Nina Savino - I suggest to you, religion is little more than unionized, organized thuggery... Carefully designed to enthrall masses of people and benefit those at the upper echelon of those religion... Show me one religion, One Global religion, I don't mean just small sects like the Cathars or the Quakers or even the Bahai.... Whose leaders do not enjoy wealth highly above that of the mass of people with in the confines of their religion.

Muhammad Rasheed - Inevitably, human administration bureaucratic institutions build themselves up around the religion of God.  This always happens, and around secular business concepts as well, initially fueled by the basic necessity of keeping order when large groups of people congregate and have the same needs.  Also inevitably, greedy people are attracted to these administrative institutions that facilitate the peoples' belief system, and they often take advantage and manipulate the people for their own ends.  This isn't a strike against the belief system, contrary to popular atheistic opinion.  In fact, the religion itself teaches against the actions of those same greedy men.  What they do is only parasitic  behavior connected to the faith, but not of the faith.

Nina Savino - It is said that the lamb recognize the voice of the shepherd... And I dare to proclaim to you that there is more God in an atheist that is kind to the least of his brethren, than there is in any lunatic spoutng hate and division amongst creation, regardless of his religious affiliation.

Muhammad Rasheed - Hm.  There is God in neither of them. Not in the hypocrite who spews his hate, nor in the one who rejects his Maker while performing vain kindnesses that will profit him not.  There is nothing any human being does that doesn’t lie dormant within other men.  The message of God addresses both of these.  Religion is an individual walk.  In truth it is a competition, and the Lord judges only who among us is the most righteous.  If my fellow practitioner is doing it wrong, should I throw the whole religion out as somehow tainted?  That concept makes little sense to me, yet I hear this argument of yours all the time.

Nina Savino - I believe the Lord God himself will judge me based on what I tell you now and I have no fear.

Muhammad Rasheed -He will judge you based on whether you believed in Him, and what your actions were during your lifetime.  You should study His message and learn what it is He requires of you.  You do yourself a disservice in rejecting His religion based on the actions of the uncommitted.

I use the traditional, standard definition of religion in this context: the practice of religious beliefs; ritual observance of faith.

Religion is the active lifestyle that reflects the faith you have in the Maker. Personally I think it's better to learn what He requires of us and do that in our walk along The Path, rather than try to reinvent the wheel on our own. My soul is too valuable, and Eternity is far too long, to treat matters of the spirit like a VCR. I'd rather take the time and read the instruction manual. lol

The human being of earth is contentious by his nature. It's one of his weaknesses that the Word of God came down to address. Should we be surprised if humans still do it even when they proclaim belief in the faith?

Proclaiming that belief does not instantly wash the believer of his inherent weaknesses. It just means he has a tool that he can both use to aid him keep his weaknesses in check, as well as knowledge that he will be accountable for his mistakes on the Last Day. Humans never stop being humans no matter what they claim to follow. The message of God does not claim otherwise.

Nina Savino - He did not qualify his words with what church did you attend or how many times did you pray that day.... He spoke of the Samaritan man that could not pass a beaten brother laying in the road... And of a Roman with such faith even his own people did not have. This is the guide of my conscience, Rashid, no church.. No religion. And a t the end of my days, if I am found to be wrong I can still be happy."

"Those who believe in the Qur'an, and those who follow the Jewish scriptures, and the Christians and the Sabians… ANY who believe in God and the Last Day, and work righteousness, shall have their reward with their Lord; on them shall be no fear, nor shall they grieve."

It's possible sure to get to God without subscribing to one of the faiths sure, but I'm just saying I personally would rather be sure and study to show myself approved using the Word He sent down for the purpose. It genuinely seems odd for a professed believer to reject His mercy on earth to guide you. But to each his/her own, of course. I wish you great good luck on your journey.

Nina Savino - Oh and Rashid, I dare say I HAVE done my homework... My opinions are based on my research and my struggles and my prayers... I find it ingenuous of you to suggest otherwise."

Muhammad Rasheed - No offense was intended. It's just that every time you mention the religion and how you perceive it to function, it is 100% at odds with what is described in the Book. I don't doubt you when you say you've "done your research," but it does seem you were focused on something other than what was actually important for the sake of your soul's salvation.
Posted by M. Rasheed at 5:40 AM