Critiquing the Critics of Tyler Perry 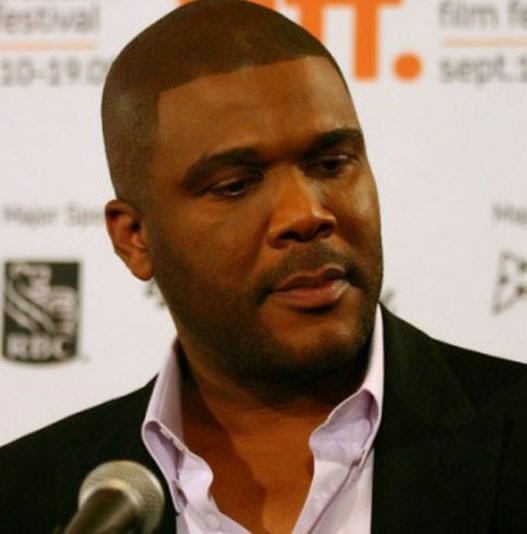 Muhammad Rasheed - My problem with Jamilah Lemieaux's criticism of Tyler Perry ("...realize that black people need new stories and new storytellers...") is that it's the equivalent of being angry at Isaac Asimov for not writing more feel-good church stories.

Muhammad Rasheed - Tyler's forte is very specific types of stories with their own stylized humor/wit with the message that he feels he needs to get to his audience. If you want to see other kinds of stories, then find the type of storyteller that makes those kinds of stories or write them yourself. I'm not going to ask Bill Cosby to star in the next Blade or be angry at him for not auditioning for it when it is so clearly not his thing.

Demetria Dixon - AS a screen writer I say be the change you want to see. Tyler Perry is telling his stories. Rather than telling people how to tell their stories those who can write should write the change they want to see.

Demetria Dixon - Well maybe he's not telling his stories but you know what I mean.

Muhammad Rasheed - Yup. He's telling the stories he wants to tell. That's how "art" works. The artists creates what he's moved to create and the audience interprets/applies it to their own lives and experiences.

Muhammad Rasheed - My problem with Tom Burrell's criticism of Tyler Perry ("...messages and images that project us as dysfunctional or incompetent.") is that it ignores all the positive images of black folk in Tyler's films just to make an inaccurate point. I have that "intellectually dishonest" as Michael Daniels likes to say.

Ritch Von - I agree with you on all the above points.

Muhammad Rasheed - My problem with Spike Lee's criticism is the same as Burrell's.

Muhammad Rasheed - What kind of story would it be if every single character was the upright, perfect, goody-goody that looked like Denzel and had only a very specific and limited type of comedy? That's called the over-censored death of art and creative expression.

Jeremy Travis - On a serious note, Perry can tell the stories at he wants, that's fine. He DOES have some positive characters/stories to balance his negative ones. I'm just not a fan of his lackluster writing, directing and producing. I don't HATE him for it, just not a fan of it.

Muhammad Rasheed - And where did Tyler Perry say that he was a homosexual?

Muhammad Rasheed - I happen to agree 100% with what Dave Chappelle said about cross-dresing black comedians in his Oprah interview. My problem with the Perry critics who jumped onto that as a weapon against him, is that it had nothing to do with Tyler Perry or Flip Wilson. Those two used their characters as tools in their creator-owned franchises, and had nothing to do with a studio trying to pressure them into a dress like Dave described.

Tamara Rasheed - This sounds like the consequence of introducing a product to the wrong group and asking for that group's opinion on what they don't like. No product or media is a marketing "catch-all" - it's not going to get the approval of all people, and not everyone will "get it." Personally, I'm not a fan of Tyler Perry's type of art and humor, it just isn't my "thing" and I probably would gravitate toward talking about the things that I don't care for if someone asked my opinion about it. People do this to give certain things a bad taste in the public's mouth. If it isn't the thing of Spike Lee, he's going to say why it isn't his thing. Is it an issue where black people were asked because they're black, and not because they were fans of Tyler Perry's work?

Muhammad Rasheed - I don't know. I was exposed to his work because I married into fans of his work, and although I prefer more speculative fiction in my entertainment (superheroes, fantasy), I do believe in everyone being able to tell their type of story/art as they see fit. I didn't have a problem with Tyler's stories, per se, and found the specific critics against him to be ridiculously unfair and crabs-in-a-barrel in nature. Jeremy's comment above about how he just didn't like his writing, etc. was the only type of critic against Tyler Perry that actual seems 'normal' and fair.

Tamara Rasheed - Yeah, you're probably right about that too. It is much easier to find people who will attack someone's work versus someone who will be more fair about their criticism. Everyone wants their 2 minutes in the spot light, and some people use those criticism opportunities to try to get that attention, even if it means being unfair :(

Bakkah Rasheed-Shabazz - Why is it so acceptable to be a Bitch with a d*ck? The media is a powerful tool to create consent (Norm Chomsky). It's never been a "free market" system. The Jacobite offered Dave 50+ million, but they put their d*ck on top. What does that mean? Take your f*cking like a man?

Muhammad Rasheed - Dave's example of what you are describing doesn't have anything to do with Tyler Perry's character Madea. No studio execs approached him in an attempt to demean him with a Milton Berle type humor. Madea is Perry's own character developed before he went "hollywood." I hear what you are saying, but in Perry's case (and Flip Wilson's) it does not apply.

Bakkah Rasheed-Shabazz - Look at the way the Jacobite has used the media, starting with "Birth of a Nation, the first full-length film, to give a negative image of African American men. You cannot isolate Perry or Wilson from the context. It's not on a personal level; the implications are global. When the whole world sees you as inferior, you've got a group psychological problem. Perry's films were distributed and marketed to beauty shop owners, where I first saw them years before they were picked up by the mainstream. Ask yourself, why are the majority of the images of African Americans negative in the media, even those so-called owned and controlled by African Americans. Remember the war has always been waged against human ablity. Look at the messages and messagers who Hollywood (hollow wood) promotes. What's the affect of these messages over time? What happened when the talk shows first started to openly support homosexuality?

Muhammad Rasheed - The problem I have with this argument is that it is very similar to the argument against the Color Purple; critics say it is against black men, when it is a tale of redemption, not bashing. Tyler Perry's films are full of positive black men (usually portrayed by whoever is on the Black male Hot List) used as the counter-foil to whoever the antagonist was. Critics make it sound as if his films are 100% lopsided when that is not the case. Like any other storyteller he introduces the conflict then resolves it, with a positive, uplifting, God-fearing, pro-marriage message.

I do understand your above post; I think it would be impossible for any black American creator to not have been influenced to some degree by the continuous bombardment of the Caucasian Male Dominance message, and all of our works no doubt have some degree of that taint upon them. But I believe that in this case, the very last people we should be attacking are pioneering, black businessmen who are honestly trying to uplift our community with their own art/message. Madea is not a pro-homosexual stance, but only a character in a story that represents particular traits from women who've influence Perry over the last 41 years. There are numerous other female characters in all of his films that reflect other female traits.
See Also:
Madea Cartoon Study #1
Madea Cartoon Study #2Madea versus Mammy
A Word on the Most Popular anti-Tyler Perry Critiques
Critiquing the Critics of Tyler Perry
Posted by M. Rasheed at 5:49 AM