Racism Begets Racism I: "You're a VERY Bad Man!" 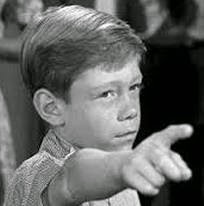 Clifton Hatchett - If GOD gave you the power to change the world for the better, but told us we had to agree on a starting point, what would that starting point be...

Clifton Hatchett - That is a good one.

Muhammad Rasheed - First, I would wish all of you hoes into the cornfield, and then I would create a whole new populace.

Clifton Hatchett - Okay Muhammad! Excluding total annihilation of the populace or Global Slavery, would you have another suggestion...

Muhammad Rasheed - this is hard.

First, I would wish all of the white people and "Stephen" from Django Unchained into the cornfield...

Omar Clifton - Hey, don't stop him. I only want equal finance so that I can put the best black minds to advanced inter-person weaponry and a new black banking system. Why, so that when jealousy creeps and rednecks think they can take what we got they'll have another think coming.
Posted by M. Rasheed at 4:22 PM