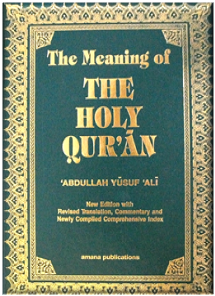 1.) "Guard strictly your habit of prayers, especially the Middle Prayer; and stand before Allah in a devout frame of mind." ~The Holy Qur'an (2:238) 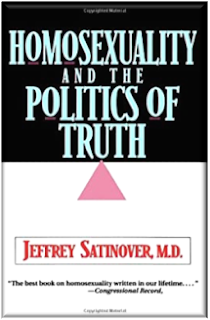 2.) “Behaviors become increasingly strengthened through repetition. This strengthening physically alters the brain in a way that cannot be entirely undone, if at all; it is modified with great difficulty. Such modification requires a greater effort of will, additional repetition of the new behavior, and more time the more deeply embedded in the brain the old behavior has become. Experiences of religious conversion also generate new patterns of behavior, sometimes quite abruptly. But even here, in this widely recognized but more mysterious process, it is well-known that the old patterns, and the potential for falling back into old behaviors, do not simply disappear.

“Complex, multidimensional series of actions that have become habitual start out as single. Individually considered, and selected choices. Later they develop into the automatic actions we call habits. Our responses, in other words, become ‘second nature,’ which is indeed an apt term. Nonetheless, we all wish to retain within the realm of choice final authority over these habitual responses, choosing to restrain and release them as best serves our interests, or more importantly, as we consider right.” ~Dr. Jeffrey Satinover; Homosexuality and the Politics of Truth (pg 139)

3.) “Forget about where the electron is located and think about the electron is spinning, right? The electron is spinning just like the earth spins. It’s really exactly like that, it’s like a little spinning top, except when you measure the spin you can sort of send the electron through a magnetic field and you will get it to deflect either up or down, depending on whether it is spinning… spin up or spin down. You only ever get  one of two answers: it's either going up or going down, it’s nowhere in between—this is an empirical measured FACT. Okay? So that’s a part of quantum mechanics. That’s the ‘quantum’ fact, that there’s a discrete set of possible answers to this question of ‘Is it spinning clockwise or counter-clockwise? Yes or no?’ Those two possibilities, nowhere in between. So if you have a magnetic field that is oriented vertically, you send your electron through it, it gets deflected up, you say, ‘Oh! It’s spin up.’ So now I’ve measured its spin; I know what its state is. If I send it through another magnetic field oriented vertically it will ALWAYS be deflected up every single time. We know what it is, we’re going to measure it, measuring it in THIS case doesn’t change it. It’s in exactly that state, we know it. Okay?

“Now let’s send it through a magnetic field that is oriented horizontally, so it’s going to be deflected either right or left. We know exactly what state it’s in, it’s spinning up, but when you send it through that magnetic field that’s oriented horizontally it gets deflected left or right 50/50! Unpredictably! There’s no way we can predict it! And then once it is – so okay, now it’s been spinning up, you measured it spinning left let’s say – send it through another magnet that’s going vertically, and now it’s 50/50 again! It could be spin up or spin down. So somehow, even though we knew exactly what state it was in, we couldn’t predict what would happen next. That is part of quantum mechanics.” ~Sean Carroll

Muhammad Rasheed - Everyone knows that repetition builds up habits which when continued turns into lifestyles. I've used that principle in my art world life to regularly produce my cartoon content -- 2000+ pages of graphic novels and almost a thousand editorial cartoons -- as well as the rituals of my religious life. I even used the principle to change my diet, where I started regularly eating all the foods I despised in my childhood, and now I don't hate them anymore. I actually consider them food. lol Deliberately doing things repetitively until I built up new habits has been a reliable tool I've done for years and it almost has never failed me...

...except in this one mysterious area.

Since Oct 2017, I started adding this one sentence to the du'a at the end of my mandatory prayers. I customized the saying from something I saw in the Qur'an that I thought was cool and wanted to permanently add it to my prayer life. This is something I had been doing for YEARS, taking away and adding sentences to my end-of-salat du'a to create the perfect personal mini-prayer recitation and I never had any issues. But for some reason, this particular sentence would never stick, even up until today. I do not know what it is... it's the first time that the repetition-until-habit pinciple has failed me. Sometimes I'll say the sentence, sometimes I won't... I can't even call it "forgetting to say it" at this point, since it's been three years now and I'm way beyond active remembrance at this point... that's why I'm trying to build the sentence into the mental 'muscle memory' of recitation habit, so I DON'T need to actively remember to say it. But I don't say it consistently for whatever reason. Sometimes I do, sometimes I don't. On Ramadan's Night of Power this year, I started saying it at the du'a I do at the beginning of the witr prayer, where it sticks with a 100% success rate with zero issues as predicted, but still it won't stick in the du'a at the end.

I was kind of bummed out and confused about this mystery until I saw Dr. Carroll's Joe Rogan interview and now I'm actively, hopefully wondering if the solution to the mystery is actually related to quantum mechanics principles manifesting in human thought and memory. I'm not a physicist myself, so I have no idea if that's a thing, but my confidence that this could possibly be the solution was bolstered when Dr. Carroll mentioned that the scientists were expanding their understanding of quantum physics applications to the greater macroverse areas.

It sounds really cool, but I'm skeptical if this current crop of physicists are up to the task since Dr. Carroll admitted in this same interview that his crowd:

In other words, the Godless are the thought police gatekeepers of the quantum fields, they find themselves admittedly inadequate to the task of deep study into the material, and this is precisely because they lack the skills to explore higher-conscious philosophical concepts revealed by quantum physics due to their hard-hearted rejection of the same in organized religion.