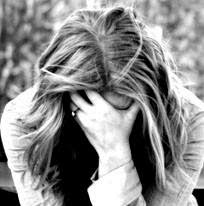 (Before we start down this road. This is what happened in 2004. ‘A woman claimed she was assaulted in 2004 by Bill Cosby. The prosecutor said she didn’t report it for over a year. No evidence. She never said she was raped. The rest happened over 30 years ago. The following information has been fact check and verified and provides evidence that Mr. Bill Cosby is being setup. The casting agent that contact Choice provided the model with two addresses: one to the casting appointment at the Ritz Carlton and a second address to Cosby’s location.)

“I wasn’t going to send this email to FYM, but, the feeding frenzy on Bill Cosby’s character made my response necessary. In 1982, I had a  photographer named Choice. Choice was contacted by a casting agent, I was told to meet the client at the Ritz Carlton for lunch in New York in the summer of 82’. This client wanted to talk to me about a film project. I arrived at the Ritz Carlton at 11:30 AM. Two male clients arrived; a Caucasian male (late 30s) and an Asian male (early 50s). They indicated that I’d be perfect for a film project.

I was told the project paid $5000 cash. I thought that was strange, who pays $5000 cash for a modeling job? The job was to meet Bill Cosby and to try to seduce him; it would be apart of the script. I was confused by this job request? They told me I would be recording the session to see if I was successful and believable? My response to them… I would like to meet Mr. Cosby first and discuss the script. They said no, it wasn’t necessary to meet him. They said it was a spontaneous casting call? I have never in my life heard of a spontaneous casting call.

As a legitimate model this seemed strange and unethical. I immediately turned down the job. The Asian man continued speaking and offered me $10,000 cash upfront and $5000 upon delivery of some seductive photos and some of his sperm. Sperm?
(I was in shock when they said sperm?) I then realized that these two men had unethical intentions. I excused myself, went to the bathroom, and then I left the hotel and went home.  Now, as a model in New York, I’ve been offered drugs, trips around the world, films, videos, money from rich men, casting couch and the list is endless.

As a naive model you’re offered many compromising projects, but, this blew my mind. I was offered $15,000 to seduce and destroy Bill Cosby. Why else would they need suggestive photos and sperm? I also realized that America has a history of oppressing, killing and destroying successful and poor people of color.

I wasn’t going to send this letter to FYM, but, the media lynching of one of our global icons (Bill Cosby), is simply unacceptable. Also, after watching Nightline, Associated Press, CNN, CBS, NPR, Fox, and many other news outlets blatantly misconstrue and lied about old dismissed allegations of Bill Cosby. I’m shocked by the lack of integrity of our major news media. Why would CNN, ABC, CBS, AP and the like lie about 30 year old untrue news?

Nightline simply cut, deleted and distorted the Cosby interview– making him appear guilty. What has happened to the integrity of our nation?

I was offered $15,000 cash to discredit and ruin Bill Cosby’s good name. I’m 100% convinced that all the women coming forward have been paid off to discredit Bill Cosby as well. Why? He is simply too powerful, his intentions is to empower people of color and his net worth would anger any weak man…

In America, in 2014, white police officer(s) murders black unarmed men at a rate of every 28 hours or murders unarmed black men 4.5 times more than white men. Gosh, black men only make up 6% of the American population represent 51% of the prison population? While white men are 31% of the American population. I black man get murdered for selling 10 cent cigarettes he bought; while a white men can steal trillions of dollars from the banks, causes a global recession and not even indictment?

Sadly,  America has a long history of killing and oppressing powerful & poor people of color. This is why I came forward.  I hope this open letter reaches the media and our beloved Bill Cosby and his loving family.

I have been a member of FYM for 2 years and I trust http://freeyourmindandthink.com because they are an open source sharing community. FYM educates people on creating a world that provides: free housing, free organic healthy food sources, free educational resources, free health care for all and heals the earth. FYM has nothing to gain by posting this ‘open letter’ and I simply don’t trust the news media.

Please don’t get angry at my photographer, the modeling agency and or FYM.  I simply came forward because no one should lose their good name because of an allegation or lie.  It’s like burning a witch to death because her neighbor said she was a witch. I hope we are better than religious practices. I have to say, I’m very disappointed in how the media frames the news.”

On November 15, 2014, FYM, received an email from a Free Housing Project member. (All Free Housing Members are verified through a background check prior to membership.  This female member has been a member for 2 years and has worked on several missions.) She explained in her email that she trusts FYM’s to post the truth about Bill Cosby. She would like to remain anonymous. (FYM fact checks all information prior to release.) FYM has verified the identity of the model who worked with Choice and Wilhelmina Models in 1982. She also provided (FYM) with the booking agents information; names of each casting agent and location. She was given Bill Cosby’s location during that time and we confirmed the location. (Important note: Choice & Wilhelmina had no prior knowledge of this situation. Bad people book models all the time.)


“Update” (14 July 15): What’s funny is that most people haven’t read Bill Cosby’s deposition, which is over 100 pages. All of the victims admit they went back to Bill or describe a situation that was not rape or sexual assault yet they continue to see him. Also, one woman said she took drugs with Bill Cosby, and it was consensual. Bill only admitted to having a prescription to Quade’s for his back problem and only gave one pill to one woman during consensual sex. He didn’t admit to buying drugs to give to all women for the purpose of raping them–he would be in jail if that were the case. Also, not one woman obtained any evidence of any rape. Now, I find that a bit odd?

Page 19 of the deposition:

Lawyer for the women: Ms. Troani question... She seems to say in this report that after the initial meeting she did not see you again until she was 21. Is that correct?

Cosby: I have no idea.

Cosby’s Lawyer: The question seems she unequivocally states. That’s an incorrect statement. She states she spent a 2 week period in Lake Tahoe with Mr. Cosby when she was 21.

Lawyer for the women: Ms. Troani: I don’t think its clear if you saw her in between that time. And you do not know if you saw her from the time of initial contact until she meet you in Lake Tahoe?

For those of you reading this to put this into context that woman says she was raped by Cosby at the age of 19 then the LAWYER REPRESENTING THE WOMEN ADMITS SHE MEET COSBY AFTER THAT WHEN SHE WAS 21! Cosby’s lawyer then corrects her & says no not only did she meet him but she spent 2 weeks with him on vacation with Cosby in Lake Tahoe 2 yrs after her “rape”! The lawyer representing the women AGAIN admits the woman as with the other one in question in this deposition went back to Bill on vacation etc.”


This letter was not edited or censored by FYM. (All authors who post on our site have access to update their post.) FYM is located in America, which is the land of the free. Please keep in mind all human beings are innocent until proven guilty in a court of law by one’s peers.

This letter was not edited or censored by FYM. (All authors who post on our site have access to update their post.) FYM is located in America which is the land of the free. Please keep in mind all human beings are innocent until proven guilty in a court of law by ones peers.

Cos: Silent Stand Up

The Court of Public Gossip

A Case Study Into the Madness of Crowds & Their Popular Delusions

Rejecting the Call
Posted by M. Rasheed at 12:49 AM