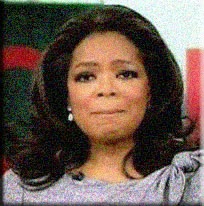 Grey Williamson - So now Oprah's jumping on the bandwagon, stating the obvious about people being "awake". When she speaks of many attacks, like those upon Eric Garner and Mike Brown, that have gone on silently for years.SHE HAD HER OWN TV SHOW... Why didn't this "..." say something if she knew it was going on.SHE HAD A VOICE... Why didn't she use it bring the truth to light... She was too busy building her tremendous career on the strongest platform she could find... the blood of Black men.

Dion Floyd - It's hard to do when you're an agent lol

Douglas E Pendleton - Urban that phrase kills me not all blacks live in the city.  Just say her white soccer mom audience.

Muhammad Rasheed - She had several shows where she discussed racism. Why are we assuming she didn't if we never watched it?

Robert J. Walker - I don't remember an episode of police brutality and black unarmed men being murdered without punishment

Brian Colding - Oprah had a choice years ago: move forward and be a voice for the community as a whole or go full steam ahead celebrity. Her WHite soccer mom audience could have EASILY been softly introduced to our community, our children, our ways of thinking, not as a brain washing effort but an eye-opening effort. However, Oprah went from a serious-issues talk show to a daily light-hearted chat about recipes, authors and celebrity interviews. I don't hate her but I stopped looking at her to say or do anything substantial twenty years ago. Let her take herself back to her Hollywood A-List parties and leave the struggle to those who are concerned with more than just ratings.

Muhammad Rasheed - When Oprah first started, for the first couple of years or so, her show was a cookie cutter of the other scandal chasers that were her peers at the time. She pulled back from that and made a choice to focus her show on more important issues, like the one demonstrated in the police brutality clip above, and abuse awareness, etc. Of course she'll do some light-hearted episodes, but her decision to go for quality content is what made her pull ahead of the pack and become one of the most successful African-Americans in that industry.

I strongly disagree with the black militants throwing her under the bus. Obviously they never actually vetted her show's content, they are just gossiping against her based on the dude talk from the neighborhood barbershop. This is proto-typical of the needless divisiveness that the so-called conscious among us complain about...

...just before they turn around and complain about another successful black.

Brian Colding - You sure told us about ourselves. You have this scenario worked out where it is a certain type of person who just wants to see Oprah undone. Sure. I'll tell Brother Akbar X and the New Black Panther Party to lighten up about Oprah at our next national kill Whitey session. There is a general sentiment from all facets of African AMerica from Rich to upper middle class to middle class, lower middle to poor from people like myself from military families steeped in law enforcement to street cats to militants, political families, etc that Oprah has slowly devolved from substantial to chasing ratings. You make your decision for yourself and we will continue seeing what we see, as we see it and judging her based on her actions and not on some general she-has-money-so-we-can't-judge-her-by-the-same-standards-as-everyone-else bias.

Muhammad Rasheed - (gosh! it's just like the good ole days!)

Muhammad Rasheed - Brian Colding wrote: “There is a general sentiment from all facets of African America […] that Oprah has slowly devolved from substantial to chasing ratings.”

Sentiment is emotion. And if the pro-black militant is going to throw a successful black under the bus for the serious crime of selling out, then SURELY he should perform this serious execution based on actual facts, and not mere emotion. Right? The claim was that Oprah wasn’t using her platform to inform her substantial audience of the issues we face, a claim made from someone who – typically in such a case – didn’t watch her show. So despite an equally typical HIGHLY PASSIONATE and HIGHLY OPINIONATED critique, it proved devoid of any truth as the posted clip above demonstrated. Interestingly, the status author decided to completely side-step that fact which proved his original contention wrong, to ‘Like’ the opinion of yet another emotional militant. This shows no less that people prefer to be in their negative feelings and hold onto their twisted ideologies, and actually have no interest in truth or community healing despite their claims. If they DID then the “My bad... she did” would’ve belonged to the militants who would’ve rightfully saw Oprah in a new light as opposed to what the barbershop talk claims, instead of Mr. Walker saying it.

Brian Colding wrote: “You make your decision for yourself and we will continue seeing what we see…”

And what DO you see considering you don’t watch the show, nor follow her career? What you see is the impenetrable wall of your preferred ideology. You’ve made up your mind about Oprah, and you aren’t interested in any material that conflicts with that. Is this a stance that should be respected? Is it the stance of an honest seeker of truth? Hm?

See Also:
1. Battle Mode - Testing the Mettle of the anti-Oprah Ideology
2. Dr. Oz: 'Exposed' or Unfairly Attacked?
Posted by M. Rasheed at 10:04 AM