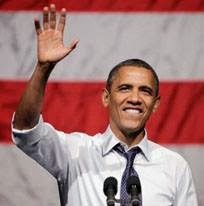 The changes, which are expected to free up more money for higher education by ending the role of banks as 'middle men' in the lending process, come as part of the final piece of the healthcare law.

WASHINGTON — Declaring himself an ally of American students in a fight against commercial banks, President Obama on Tuesday signed a new law designed to free up more money for higher education by ending the role of banks as "middlemen" in the college lending process.

The changes to the college loan business come as part of the final piece of the healthcare reform law, which Obama enacted in a signing ceremony at a community college in the Virginia suburbs of D.C.

Speaking to a crowd of students, Obama credited Democrats in Congress with tackling "a sweetheart deal in federal law" that guaranteed billions of dollars in profits for banks to offer college loans.

Money that should have been spent advancing the educational interests of students "instead was spent padding student lenders' profits," the president said. "It probably won't surprise you to learn that the banks hired an army of lobbyists" to fight it.

"But I didn't stand with the banks and the special interests," Obama said of himself and the Democratic members of Congress who joined him at Northern Virginia Community College for the event. "We stood with you. We stood with America's students."

It's a message the president has unspooled at several public appearances since the passage of the historic healthcare legislation last week, as he undertakes a tour that is both victory lap and sales pitch.

As members of Congress gear up for a grueling campaign season in advance of fall mid-term elections, the Democratic president is intent on helping keep the party majorities by promoting those who joined him.

The vote was not an easy one for many lawmakers, and every new round of public opinion polling is a reminder that the healthcare vote could break against them if the White House sales strategy doesn't work as planned.

In both speech and substance, Tuesday's event offered a preview, casting the healthcare law as part of a bigger Democratic plan to help American families against monied interests who have profited in their time of economic distress. Just as Democrats fought the insurance companies to reform health care, the president said, they put an end to the role of banks in the college loan process.

"We can't afford to waste billions on giveaways to the banks when American competitiveness depends on the fortunes of its students," Obama said.

The White House estimates that the changes in the lending program will generate $68 billion in savings over the next 10 years, money that can be used to help expand the Pell Grant program.

The new law will also put a cap on college graduates' annual loan payments, so that they only have to pay back 10% of their income.

Muhammad Rasheed - I'm pretty sure this is the main reason for the heavy anti-ObamaCare attacks.

Jeremy Travis - Why are you so sure that this is related to the attacks on ObamaCare?

Muhammad Rasheed - The big banks will lose a massive amount of money on this. The college loan racket is one of their biggest cash cows, and like the president said, they threw an army of lobbyists at him trying to stop it. That was back in 2010 when he first got it synched in. Now there's a RELENTLESS anti-ObamaCare propaganda effort where they are saying and doing ANYTHING to turn the people away from it. Only big money sounds like that.

Jeremy Travis - How does diverting people from an already successful policy help this college loan thing?

Ricky Mujica - This will cause there to be death camps for the elderly!

Gerald Welch - At what point does federal authority ever end?

Muhammad Rasheed - You're not seriously advocating for the Federal Reserve over president Obama are you? That's seriously taking your dislike of the president into the land of over-the-top.

Muhammad Rasheed - You may want to reassess that and reel some of that back.

Gerald Welch - No, I'm not a fan of the Federal Reserve, you know that.

Muhammad Rasheed - I DO know that. That's why your comment came across as odd to me. As if you were exasperated that Obama was interfering with them.  You’ve become so used to automatically vilifying him no matter what, that you can’t recognize when he’s actually on your side.  That’s not good, Jer.

Muhammad Rasheed - Jeremy Travis wrote: "Why are you so sure that this is related to the attacks on ObamaCare?"

Muhammad Rasheed - They are trying to get it repealed for one, and for two, if they are successful in turning the people against it, a presidential candidate that runs on destroying it will get the vote, and the people won't even realize how they had been played. I encounter Democrats all the time, or even just Obama fans, who say crazy stuff that sounds like they were light-weight believing what FoxNews says about him.

Chris Suess - your right college loans are a cash cow, that's why the biggest gang on the street is moving in on them.

Muhammad Rasheed - A bigger gang than the global banking system?

Muhammad Rasheed - Most other gangs work for them, and the few who don't are under continuous attack and pressure by them and their minions.
Posted by M. Rasheed at 4:24 AM