The Craziest Eyes of All 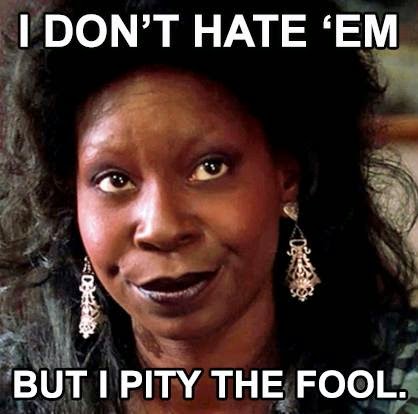 Crystal Hubbard - If Whoopi Goldberg and Murdock from the A-Team had a baby, it would be Crazy Eyes...

Patti Armanini - you're going to have withdrawals waiting for season 3 to start.

Muhammad Rasheed - Whoopi Goldberg wasn't on the A-Team! That was Mr. T!!!

Crystal Hubbard - I edited my comment to reflect my original intent since you're pretending to be obtuse, Muhammad Rasheed. You know I'm too much of a television junkie to confuse Whoopi Goldberg with Mr. T...!