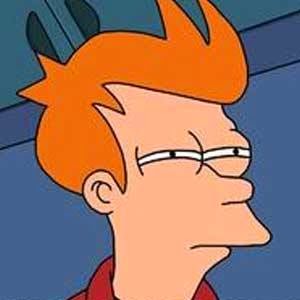 
Tony Steed - I do have another FB account. My Photography one. Curious World Photography. I don't hide from people behind fake names or multiple ID's. :P

Muhammad Rasheed - This is mostly a faux-critique aimed at an ideology that is infesting the Internet at large that I often butt heads against, and not an attempt to pin you with any covert activity charges, Tony. hahaha

Clifton Hatchett - I have an art page, but it say's Cliff Hatchett's art...lol, what in the hell...

Muhammad Rasheed - I swear somtimes you three act EXACTLY THE SAME. Like you study from the same Facebook instruction manual.

And you 3 are aware of that better than most. ;)

Michael Balance Williams - You have a one of a kind patented ignorance that only you can license. Muhammad Rasheed

He wants us all to debate so he can attack us personally. Sound familiar anyone? He's on one of my posts now trying to tear me down by attacking my character.

Clifton Hatchett - You finish battles by loosing. A finish for sure, but disadvantageous for yourself.

Muhammad Rasheed - Omigosh, this is so fun!

Why didn't I think of this earlier?

Muhammad Rasheed - Gosh!! Neil P could be your leader..!

Muhammad Rasheed - "Will the three Knuckleheads of Doom prove smart enough to join forces and put M. Rasheed in his place once and for all??? Stay tuned at this same Bat-Time, on this same Bat-Station!!" 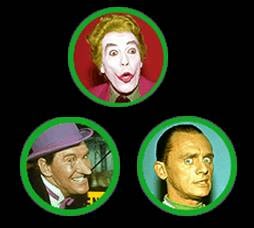 Muhammad Rasheed - I'll let you three fight it out to determine which one is which.

Michael Balance Williams - Glad this is comical for you.

Michael Balance Williams - He's legally married to his ignorance. We all know he needs that ring. Shall we continue to play hot potato with it?

Clifton Hatchett - I'm always game. Nice to know he plays the part of crash dummy for someone else, I was starting to feel like a bully.

Michael Balance Williams - He gets off on our replies.

Muhammad Rasheed - You know I can read this, right?

You should workout your battle strategies in a PM. Seriously.

Michael Balance Williams - We work in synergy without the need to PM in the AM or PM!

Clifton Hatchett - Don't insult the rats.
Posted by M. Rasheed at 4:31 AM