A Monsters 101 Tale: "Thicker Than Water" by M. Rasheed 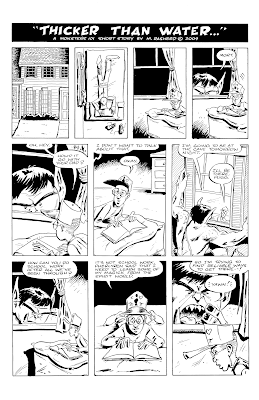 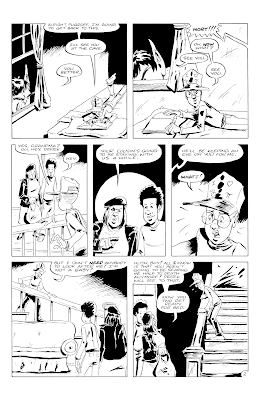 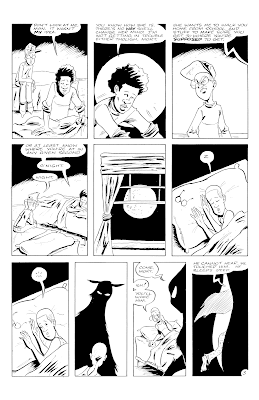 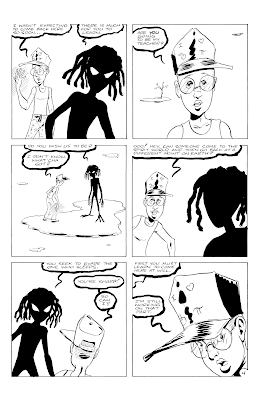 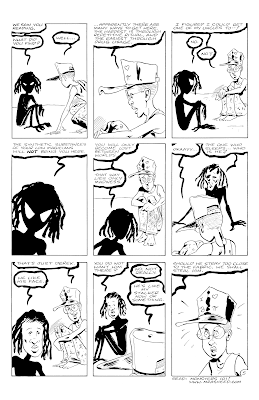 Each book in the series is black & white with a full color cover, consisting of ten-titles, each with six chapters of twenty-two pages a piece. The series concluded sometime in 2012.

This short story takes place sometime during chapter two of Monsters 101, Book Four: "Late Enrollment" shortly after the boys returned from their adventures on the devil world of Dharokalee.  Featuring Mort's continued exploration of the spirit world, it's also the first time we meet members of his family.