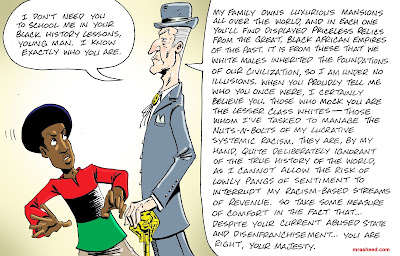 Muhammad Rasheed - The phrase “We Wuz Kangz ’n Sheeeiit” is a parody-inspired racial slur expressed in an insulting pseudo-Ebonics dialect and invented by triggered, generally middle class white conservative racists. Weaponized against Black people who express pride in the Black African Empires that preceded the European colonialist era, the phrase functions as a weak and dismissive gaslighting technique by dedicated Eurocentric supporters of anti-Black systemic racism.

In addition to their mocking usage of the “We Wuz Kangz” slur (with their insightful explanations as to precisely how they intend it as an insult), the racists who use it are also identified by their penchant for falsely proclaiming that the populace of Ancient Egypt wasn’t Black African, despite the ample evidence to the contrary that was never debunked.

Tony Parker - We won't be seeing this in the newspapers and magazines.