Too Black to Live 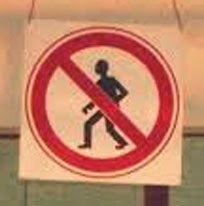 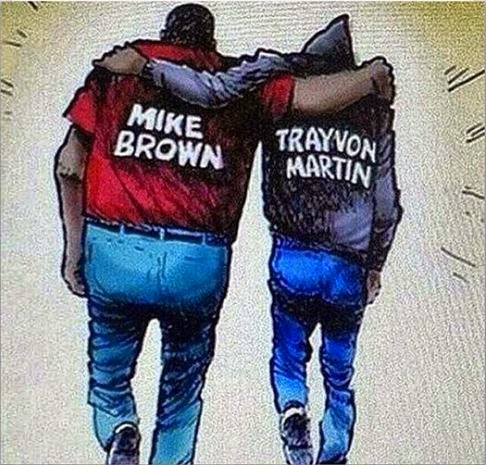 James McGachey - I wish I had said that.

Neil Bagozzi - This an inaccurate cartoon....the pants are up way to high.

Clyde Levine - martin was just walking this other asshole was peice of shit and he met with a violent end. Let's get it rigth. Finish book 4 nice...

Michael Mercer - Yes you are Isaiah, yes you are.

Isaiah Stewart - I'm sad when this country throws away life … time and time again … and thinks its funny … or something to JOKE about :'-(

Jerry Conrad - Isaiah, I agree with you , the waste of life is a tragedy. From what I understand of the facts, both these shootings were justifiable. These two guys threw away their own lives, nobody took their lives from them.

Would it have been better if they had taken the lives of the people they were attacking instead?
I suppose you are right we shouldn't joke about such things, but we should never lose sight of the fact that these two men were the instigators of the violencen The tragedy is that nobody taught them better.

Muhammad Rasheed - "Both these shootings were justifiable" because they were black. Black people, of course, are not allowed to "just be kids" and make dumb mistakes the way white kids are, no. If black people do anything at all that whites disapprove of, it's okay to shoot them dead in the streets.

That's clearly the meaning of the "perp walk" message that you all approve of.

Muhammad Rasheed - I like how white serial killers are always very carefully captured, gently tucked into bed and kissed "good nite," while blacks are shot casually over the tiniest imagined offense. If you find out they actually didn't do it, then well, look: "He sold half a joint to his best friend 7 years ago, so fuck 'em."

Muhammad Rasheed - It's justified when black people are involved.

Muhammad Rasheed - The police officer uses his discretion to determine whether deadly force is needed or not. White cops kill blacks far more often than whites even over the exact same circumstances.

It would be better if they policed their own neighborhoods, and stayed the hell out of mine.

Muhammad Rasheed - Notice that armed white teens are less likely to be shot and killed by a white cop, than an unarmed black teen.

lol I briefly wasted a few seconds trying to come up with something to tell you to go take, but I don't think there's anything that can fix you.

So, you may continue to hate my people, justify why it's okay to slaughter them, all while pretending that you all are the good guys. Have fun.

Jerry Conrad - You don't have to look in the mirror to see hate and racism ( although it's clearly there) because YOU see it everywhere.
If you think the WHOLE WORLD stinks you should check you own breath first.

Muhammad Rasheed - Yeah. The person who points at the injustice is the one in the wrong, right?

NOT the one with the guns, force, military, manipulative & biased jurors, history of lynch mobs, and well-documented record of an infamous multi-billion dollar international slave trade. Oh no.

The one who feels the sting of it against his people, and protests casual jokes about it, is somehow the one that's responsible for it in your mind, hm, Jerry?

Muhammad Rasheed - I caused it. I caused all the hate and racism because I got mad at it and dared to vocalize that anger. So it's magically my fault.

Jerry Conrad - But people like you with your attitude yes.
I don't dislike you because of your skin color, you are one of the most hateful, racist, and bigoted people I have ever encountered on this forum.
I'm done.
I am violating one of my primary philosophies, which is to "Never try to teach a jackass to sing, it wastes my time and pisses off the jackass."

Muhammad Rasheed - Jerry Conrad wrote: "But people like you with your attitude yes."

My attitude. And what is my attitude that you protest so? That I dared to get upset at the wrongs done to my people, and point them out. That it dared to anger me when I see your hi-fiving over casual jokes about it.

Jerry wrote: "I don't dislike you because of your skin color, you are one of the most hateful, racist, and bigoted people I have ever encountered on this forum."

I know. Everyone else here enthusiastically Amens the casual destruction of black youth, and you came here as a refuge to surround yourself by those who would share that same opinion. I understand. That makes me an intruder by default. In a world in which white is always right, the one who dares say otherwise must be "hateful, racist, and bigoted."

Jerry wrote: "I am violating one of my primary philosophies, which is to 'Never try to teach a jackass to sing, it wastes my time and pisses off the jackass.'"

It's actually adorable that you think you have something to teach me on this topic. All you have to teach is that it's okay for white cops to shoot and kill black youth. I reject that "knowledge" as it can never serve me.  Isn't that the whole point of your protest about my "attitude" after-all?  "Come on, Muhammad!  Lighten up.  We're just making fun of those black kids.  Fuck 'em!"

Jerry Conrad - BTW: the animal usually referred to is a PIG, but because your name suggests you may be Muslim I changed it to something less offensive to you. (Hateful, insensitive prick that I am.)

Muhammad Rasheed - Nice of you to look out for me though.

There may be hope for you yet, Jer, if we can just manage to tip it from the "religion" bucket into the "race" one...