The Trendy Naming Convention: Badge of Dignity or Unnecessary Obstacle 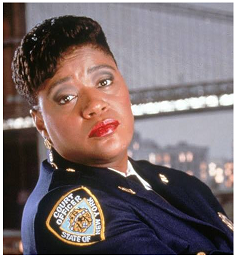 Muhammad Rasheed - Although they can be fun and even clever, I don’t think it’s a good idea to make up an unusual, non-word name for your child. Or worse, naming them after some popular designer label. You should give them names that are actual words with dignity and meaning to them.  The made up names can stand out in a negative way, and are widely associated with being from a lower class community, and of course there are many gate keepers who will keep people out of places of employment, or will withhold coveted opportunities, based on classism prejudices.  It’s better not to create unnecessary walls and hurdles for the children.

Marsha Warfield - There is nothing "more correct" about European names...except perception.

Randy Cash - It's like you're saying we should pick european names from a short list to make it here.

Muhammad Rasheed - Use names from an African language. All I care about is the dignity aspect of it. Stop making up names and naming kids after commercial designer labels unless you want the world to believe you have that "ghetto mind."

Muhammad Rasheed - Why give that extra obstacle to the child when black children already have extra obstacles to overcome that some other ethnicities do not possess?

Is it to make them EXTRA tough?

Muhammad Rasheed - That's a valid, but extreme side of the issue. The majority of the time it's a matter of just getting into the door so you can prove yourself. That's the area that this topic addresses.

Marsha Warfield - That’s the argument of those who wish to force assimilation on those they wish to continue to ostracize."

Muhammad Rasheed - If I'm determined to ostracize you, then why bother to force you to assimilate?

No one forces anyone to be successful. That's a conscious choice the individual makes who genuinely wants a different lifestyle. White people do not have a monopoly on being successful, but they have in many cases positioned themselves as the gate keepers.

Muhammad Rasheed - I see no point in complaining and holding on to unproductive practices that serve no purpose. For whom do such things serve? What is the benefit? If there is no benefit to making up a nonsense name, then that trend should be let go. It's not a battle worth fighting.

Marsha Warfield – It’s just blaming the victim and giving in to bullying pressure.

Muhammad Rasheed - Not accurate. What it creates is the need to find a more difficult entry way through a potential door of success. Why put the kid through that needlessly?

Marsha Warfield - Because, bottom line? If they don't want Shantellra or D'Quon, they Don't want Muhammad, either."

Muhammad Rasheed – Marsha meanwhile, some of the most powerful people in the world are named Muhammad. People named Muhammad own a good 6% of the USA, and routinely conduct billion dollar business deals with global heads of state and ex-US presidents. At the same time, "D'Quon" just got his resume sniffed at and tossed in the trash again.

Marsha Warfield - Last point, unless you're going to get the Rockeffellers to adopt you and put you in the will, naming your child Winthrop Rutherford Carnegie Rockefeller is not going to insure his success.

Muhammad Rasheed - Was that the point I made? That giving him a non-crazy name would ensure his success? Or did I say it would remove an unnecessary hurdle?

Marsha Warfield - And, even if one of the Rockefellers does adopt you, that's no guarantee that the family will accept you, or honor your adoptive parents' wishes.

Muhammad Rasheed - This is a strawman argument that has nothing to do with my point.

Marsha Warfield - Those same people who have convinced so many that it's their "ghetto names" holding them back, have been trying to get black people to "not be so black" since we got here. "Say Toby," and then expect that will make you happy and acceptable to bigots. That's insane.

Muhammad Rasheed - The extreme poor have a lot of things holding them back from success, most of which is the poor mentality itself. This isn't about whites holding them back, it's about shedding a mindset that hampers their own growth. Successful blacks have a mentality of success, one that no white person holds a monopoly on. Giving your kids crazy names that are the equivalent of branding them with a poor symbol right on their foreheads, is a part of that poor mentality package.

It's not about having a european name. Just have a dignified name with history and meaning and strength behind it.

Marsha Warfield - Are those "Muhammads" of which you speak black, btw? Doesn't matter. You're probably right. Some of us are just ghetto.

Muhammad Rasheed - Why would being "ghetto," self-identification with the economically lowest class of society, be a badge of honor? Learning what you need to learn, and doing what you need to do to make an affluent and safe life for you and your family should be the badge of honor. You can say, "I USED to be in the ghetto, but I did what I had to do to better myself and create a better environment for my kids. See now we live in an upper-middle class black community." That's the kind of talk my people should be aspiring to emulate. Instead you’re giving me: "Tsk! I guess I'm just ghetto then!"

Muhammad Rasheed - I'll end by repeating this part so that I'm (hopefully) clear: White people do NOT have a monopoly on success. Affluence.  Desirable lifestyle. It is EVERYBODY'S right to be able to acquire these things. But if you don't have them, it requires a change in habits, attitude and mentality in order to achieve them. When you are at the very bottom, you often find gate keepers from varying levels of success, as well as varying ethnicities, standing in the way of some of your goals on the way to making it. "Playing the game" involves having the intelligence and wisdom to know what battles are worth fighting, when you need to negotiate, and when you need to wear the proper uniform. Making a big fiasco over a trivial matter that can easily keep you from getting past the FIRST gate keeper is flippin' insane.
Posted by M. Rasheed at 6:59 AM