"Oh, I like it fine. I just said that other stuff because it was you." 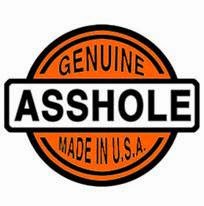 About a year ago, Jason Cherkis published an anecdote so popular, even President Obama repeated it.

It featured a middle-aged man in a golf shirt who shuffled up to a small folding table at the Kentucky State Fair to hear about Kynect, the state’s health benefit exchange established by the Affordable Care Act. The man liked what he heard. “This beats Obamacare I hope,” he said, apparently unaware that Kynect and Obamacare are the same thing.

Today, however, Abby Goodnough has another health care anecdote out of Kentucky that’s nearly as striking.

The Affordable Care Act allowed Robin Evans, an eBay warehouse packer earning $9 an hour, to sign up for Medicaid this year. She is being treated for high blood pressure and Graves’ disease, an autoimmune disorder, after years of going uninsured and rarely seeing doctors.

“I’m tickled to death with it,” Ms. Evans, 49, said of her new coverage as she walked around the Kentucky State Fair recently with her daughter, who also qualified for Medicaid under the law. “It’s helped me out a bunch.”

But Ms. Evans scowled at the mention of President Obama – “Nobody don’t care for nobody no more, and I think he’s got a lot to do with that,” she explained – and said she would vote this fall for Senator Mitch McConnell, the Kentucky Republican and minority leader, who is fond of saying the health care law should be “pulled out root and branch.”

It’s a reminder that voting isn’t always rational, but it’s also an example of just how messy the politics of health care can get.

Goodnough’s broader point is important: the Affordable Care Act is doing a lot of good for families in red states like Kentucky, but this won’t pay any political dividends to Democrats.

Part of this is the result of partisan perceptions that, at least for now, have proven unshakable. Jonathan Cohn noted a recent survey that bolsters what’s long been apparent: the public supports what’s in the health care law far more than they support the law itself. “When people say they have negative feelings about Obamacare, they may not be talking about the law itself,” Cohn explained. “They may be reacting to the president who signed it.”

But while this makes it difficult for Democrats to capitalize, it also puts Republicans in the awkward position of condemning law that offers benefits Americans want and expect. Greg Sargent had a good take on this today:

Republicans have been forced to adjust to the reality that people like what’s in the law, which has left them essentially running against the word Obamacare while professing, to varying degrees, support for the law’s general goals and fudging on whether they would take its benefits away from people. The basic strategy of Republicans has been to campaign on repeal while leaving the vague impression that we’ll be able to keep the good stuff in the law without the bad.

This is why Obamacare has faded, at least to some degree, as a driving political issue. Politico’s David Nather has a great piece explaining that the law has now become political “wallpaper” more than anything else…. Or, put another way, the law has become primarily useful as a way to channel disapproval of the law’s creator, and attendant doubts about government and the economy, in the direction of Dem incumbents and candidates.

Away from the political maneuvering, meanwhile, the Affordable Care Act itself continues to plow forward, working as intended. The uninsured rate continues to drop; the list of Medicaid-expansion states is steadily growing; the latest information on premiums for employer-sponsored insurance looks encouraging; and the “death spiral” has become a “life spiral.”

Sarah Kliff recently added that “we’re starting to get a shockingly better deal in a way that has giant consequences for how America spends money.” She labeled it the “get more, pay less” era of health care spending.

No matter how they vote in November, a growing number of Americans will continue to say “I’m tickled to death with it” when asked about the results of the ACA.