The Quest for the Lost Ark of the Covenant 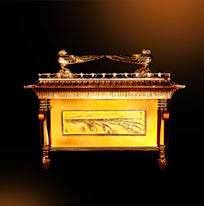 "The first Europeans to arrive in Ethiopia had addressed the monarchs of that country as ‘Prester John.’" (The Prester John of the Indies: A True Relation of the Lands of Prester John, Being the Narrative of the Portuguese Embassy to Ethiopia in 1520 written by Father Francisco Alvarez, edited by C.F. Beckingham and G.W.B. Huntingsford, 1961

Graham Hancock - [excerpted from The Sign & The Seal] “This use of the sacred relic as a war palladium – and as an effective one at that – was not, according to Archpriest Solomon [Gabre Selassie, Head of the Ethiopian Orthodox Church in Britain], just something that had happened in Ethiopia’s distant past. On the contrary: ‘As recently as 1896 when the King of Kings Menelik the Second fought against the Italian aggressors at the battle of Adowa in Tigray region, the priests carried the Ark of the Covenant into the field to confront the invaders. As a result of this, Menelik was very victorious and returned to Addis Abada in great honour.’

“I re-read this part of the reply with considerable interest because I knew that Menelik II had indeed been ‘very victorious’ in 1896. In that year, under the command of General Baratieri, 17,700 Italian troops equipped with heavy artillery and the latest weapons had marched up into the Abyssinian highlands from the Eritrean coastal strip intent on colonizing the whole country. Menelik’s forces, though ill prepared and less well armed, had met them at Adowa on the morning of 1 March, winning in less than six hours what one historian had subsequently described as ‘the most notable victory of an African over a European army since the time of Hannibal.’ In a similar tone, the London Spectator of 7 March 1896 commented: ‘The Italians have suffered a great disaster… greater than has ever occurred to white men in Africa.’ "

Muhammad Rasheed -  During your research, Graham, did you ever come across this little tidbit?  I figured you probably didn't, or it surely would've shown up inside of your celebrated book.  Check it out: "It is also said that Genghis Khan wanted to attack the kingdom of Prester John, but that the latter repulsed him by unleashing thunderbolts against his armies.” ~René Guénon, The King of the World (also published as Lord of the World, Le Roi du Monde, 1927)

Graham Hancock - In response to Muhammad Rasheed -- very interesting quote from René Guénon. Thank you for drawing my attention to it. I have just gone to Amazon and bought a volume of collected writings by Guénon called King of the World, and also another shorter volume called Lord of the World just to be sure I have the right one! Thanks again. 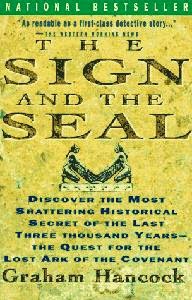