Creation of the Universe: Six "Days" or Long Periods of Time 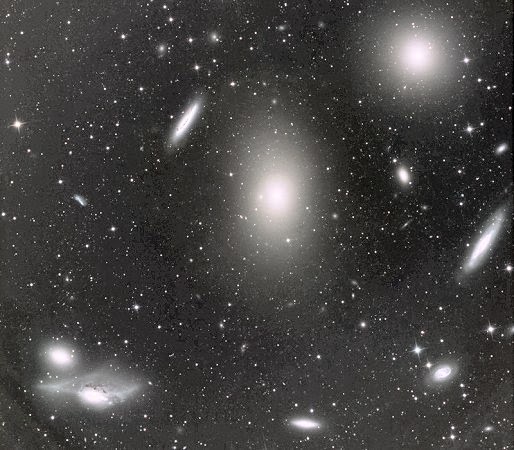 The descriptions of creation in the Quran are not intended as dry historical accounts, but rather to engage the reader in contemplating the lessons to be learned from it. The act of creation, therefore, is frequently spoken of as a way of drawing the reader into thinking about the order in all things, and the All-Knowing Creator Who is behind it all. For example:

When describing the creation of the "heavens and the earth," the Quran does not discount the theory of a "Big Bang" explosion at the start of it all. In fact, the Quran says that "the heavens and the earth were joined together as one unit, before We clove them asunder" (21:30). Following this big explosion, Allah "turned to the sky, and it had been (as) smoke. He said to it and to the earth: 'Come together, willingly or unwillingly.' They said: 'We come (together) in willing obedience'" (41:11). Thus the elements and what was to become the planets and stars began to cool, come together, and form into shape, following the natural laws that Allah established in the universe.

The Quran further states that Allah created the sun, the moon, and the planets, each with their own individual courses or orbits. "It is He Who created the night and the day, and the sun and the moon; all (the celestial bodies) swim along, each in its rounded course" (21:33).

The Quran also does not rule out the idea that the universe is continuing to expand. "The heavens, We have built them with power. And verily, We are expanding it" (51:47). There has been some historical debate among Muslim scholars about the precise meaning of this verse, since knowledge of the universe's expansion was only recently discovered.

The Quran states that "Allah created the heavens and the earth, and all that is between them, in six days" (7:54). While on the surface this might seem similar to the account related in the Bible, there are some important distinctions.

The verses that mention "six days" use the Arabic word "youm" (day). This word appears several other times in the Quran, each denoting a different measurement of time. In one case, the measure of a day is equated with 50,000 years (70:4), whereas another verse states that "a day in the sight of your Lord is like 1,000 years of your reckoning" (22:47). The word "youm" is thus understood, within the Qur'an, to be a long period of time -- an era or eon. Therefore, Muslims interpret the description of a "six day" creation as six distinct periods or eons. The length of these periods is not precisely defined, nor are the specific developments that took place during each period.

After completing the Creation, the Quran describes that Allah "settled Himself upon the Throne" (57:4) to oversee His work. A distinct point is made to counter the Biblical idea of a day of rest: "We created the heavens and the earth adn all that is between them in six days, nor did any sense of weariness touch Us" (50:38).

Allah is never "done" with His work, because the process of creation is ongoing. Each new child who is born, every seed that sprouts into a sapling, every new species that appears on earth, is part of the ongoing process of Allah's creation. "He it is Who created the heavens and the earth in six days, then established Himself on the Throne. He knows what enters within the heart of the earth, and what comes forth out of it, what comes down from heaven, and what mounts up to it. And He is with you wherever you may be. And Allah sees well all that you do" (57:4).

SOURCE: Creation of the Universe Six "Days" or Long Periods of Time by Huda
Posted by M. Rasheed at 6:16 PM