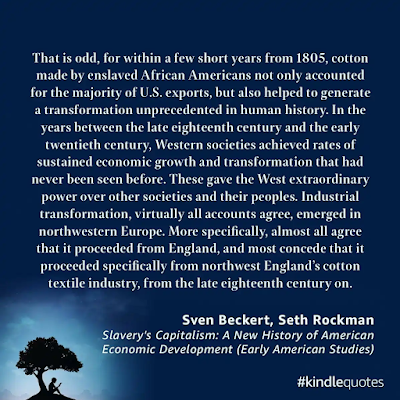 Considering the ever-complicit U.S. government has been kicking the can of Reparations for the Black American former slave class down the road for a little over 150 yrs now, this deliberately disenfranchised and deliberately impoverished ethnic group remains the most underrepresented under this topic of discussion. Disingenuous efforts to deflect from the government’s debt to the American Descendants of Slavery (with clumsy WhatAboutism logical fallacies using “Arab slave trades” or “Irish slave trades”) by immigrant-tied cliques and individuals who fear that by finally making the Black American economically whole that it would mean that their plundering, lineage-based systemic racism gravy train would come to an end, means that Reparatory Justice for Black Americans isn’t being talked about enough in the ways that matter most — transformational politics.
Rizwan Msuya - Handouts won't solve your problems. Focus on creating something useful

Muhammad Rasheed - Reparations are “reparatory justice” for wrongs committed, not “handouts.” They are a debt owed to the Black Americans by their own abusive U.S. government. “Handouts” are all the free land, money and programs gifted to the legions of greedy immigrants who show up to feed off of what my ethnic group built. Please direct your uninformed focus upon your own people’s problems. Thank you.

Muhammad Rasheed - You don’t know enough to speak on this topic from the USA position. The quote from the Slavery’s Capitalism book provided is more than sufficient to explain why my group is owed the debt selfishly withheld from us by the evilest people on earth. It says a lot that you partner with that group.

Should I believe that you really are a black man from Tanzania talking this way to me, or are you a white Dutchman from 4chan/pol doing your trolling duties?

Rizwan Msuya - So if someone is not blindly following your misguided ideology is automatically not black? Is my blackness supposed to be approved by you? So where is your office so i can register my blackness? I have seen the likes of you alot where i am. You never take responsibility for your own actions or lifestyle. It's easier to think that all of your problems are caused by someone else. An adult shouldn't act that way and it's a very sad way to live. I bet you will also teach your children that they are “victims” of something so that you can continue the cycle of hate. It's pathetic

Racists still exist and that's a sad fact of life but they are not the only thing sabotaging our lives.

Muhammad Rasheed - Rizwan wrote: “So if someone is not blindly following your misguided ideology is automatically not black?”

Once again I find you blindly parroting the rhetoric of my ideological foe after you’ve revealed in two other comments that you are ignorant of my group’s relationship with our country. Aping that rhetoric the way you are doing means either one of two things:

Which one is it?

Rizwan wrote: “Is my blackness supposed to be approved by you?”

Your rhetoric needs to be approved by me if you are going to continue commenting under my posts. ;)

Rizwan wrote: “So where is your office so i can register my blackness?”

Rizwan wrote: “I have seen the likes of you alot[sic] where i am.”

In Tanzania? Under what circumstances? Are they tourists? Or are you talking about YouTube clips on FoxNews?

Rizwan wrote: “You never take responsibility for your own actions or lifestyle.”

Sure, we do. See, here once again you are just repeating white racist political rhetoric without any insights.

Rizwan wrote: “It's easier to think that all of your problems are caused by someone else.”

Rizwan wrote: “An adult shouldn't act that way and it's a very sad way to live. I bet you will also teach your children that they are ‘victims’ of something so that you can continue the cycle of hate. It's pathetic”

That reads like you just copy/pasted it from a white racist website. My ethnic group is the victim of colluding cartels of white monopolists who are plundering us of our means of accruing inheritance so that they can maintain the dominant political position. My enemies believe in being competition adverse as lifestyle and they are evil. If you side with them because you lust to be an American citizen, then you are also evil. Tanzania is a majority Christian nation. Do you consider yourself a follower of the Christ (peace be upon him) or a follower of ‘whiteness?’ Your comments lean towards the latter.

Rizwan wrote: “Racists still exist and that's a sad fact of life but they are not the only thing sabotaging our lives.”

The nature of racism is economic oppression. Racism as we know it was birthed in the early 1600s when enslaved Black Africans in the USA were permanently delegated to the bondsmen class, creating the white racist aristocracy. The new system was so successful for the newly-formed white elite class that it was copied by European imperialists all over the world. Oppressing non-whites so that the white majority can hoard wealth and gatekeep resources/opportunities is a system perfected in the USA, and my people continue to deal with the effects of that system today.