Do Not Mistake Your Friend For Your Enemy 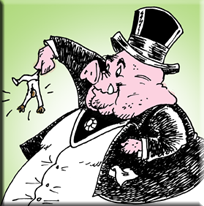 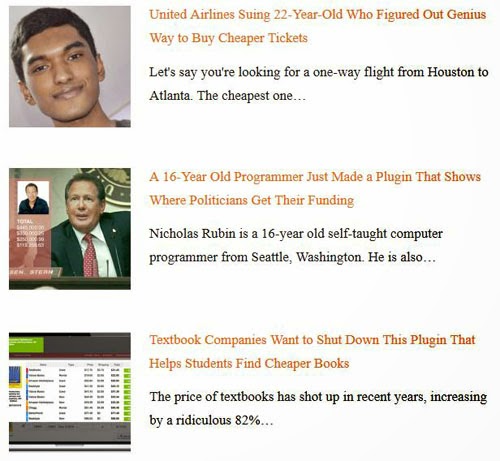 The site The Higher Learning demonstrates how young entrepreneurs, highly-trained in math/science/tech, create new jobs in a competitive Free Market, while stagnant, anti-competition big businesses attempt to shut them down for their selfish, hoarding monopolies (the traditional enemy of the Free Market). The young entrepreneurs represent "capitalism" while the bad guys represent "corporatism."

Please learn to understand the difference between the two before you end up breaking the wrong thing with your misplaced activism pointing in the wrong direction, plunging us into a new dark age.

The concept of a "wealthy minority exploiting a poor majority" doesn't describe 'capitalism,' it describes a plutocracy. 'Capitalism is an economic system in which trade, industry, and the means of production are largely or entirely privately owned and operated for profit...' and it is divorced from social concerns like racism.  Using trade and commerce in the markets, the poor have the ability to improve their quality of life under a capitalistic system. In a circumstance such as we experience in Western society, where there is a wealthy minority ruling, it's not because of capitalism that this is so, but because the plutocrats have usurped the system for their own gain.

It's a mistake to blame the system itself because some greedy people manipulated it for their own selfishness. That's like condemning donuts because somebody keeps stealing them.

"Aktarer [from the United Airlines article] has set up a GoFundMe page if you’d like to help with his legal fees."

NEEDED: An organization specializing in preventing large corporations from bulldozing over small businesses and start-ups... with predatory suits & legal fees... in their efforts to monopolize an industry.