Is It So Hard To Control Your Savagery? 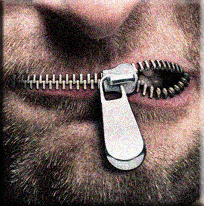 Muhammad Rasheed - Not too long ago, minorities and women were actively abused within a system that encouraged the abuse, abuse that came with it's own code language. Today in our more enlightened age, it is now illegal to abuse women and minorities that way, empowering them to fight to grow even more enlightened in the Golden Rule: "Treat others as you would wish to be treated," with respect. Consequently, anytime that old code language pops up the vigilant women and minorities who are by no means keen to go back to the dark times will immediately pounce on it, hence this new politically correct era.


It's not a big deal unless you are actually saying you miss the dark times. All you have to do is put yourself in someone else's shoes, and not say things to offend people. In a civilized society that shouldn't be difficult. Just control yourself and don't be a dick to people. If you slip up, apologize, don't do it again, and move on with your life. This is how society will get progressively better. Getting mad and bitter that the dark days are gone, and wishing they would return to the point of sabotaging this new enlightened era is how society will actually get worse. Please embrace civilization and let go of savagery.
Posted by M. Rasheed at 1:13 PM