That Thing That Everybody is Talking About 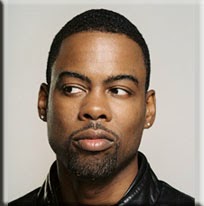 Chris Rock - Here’s the thing. When we talk about race relations in America or racial progress, it’s all nonsense. There are no race relations. White people were crazy. Now they’re not as crazy. To say that black people have made progress would be to say they deserve what happened to them before.

So, to say Obama is progress is saying that he’s the first black person that is qualified to be president. That’s not black progress. That’s white progress. There’s been black people qualified to be president for hundreds of years. If you saw Tina Turner and Ike having a lovely breakfast over there, would you say their relationship’s improved? Some people would. But a smart person would go, “Oh, he stopped punching her in the face.” It’s not up to her. Ike and Tina Turner’s relationship has nothing to do with Tina Turner. Nothing. It just doesn’t. The question is, you know, my kids are smart, educated, beautiful, polite children. There have been smart, educated, beautiful, polite black children for hundreds of years. The advantage that my children have is that my children are encountering the nicest white people that America has ever produced. Let’s hope America keeps producing nicer white people.

Interviewer - Where do you think this comes from?

Chris Rock -  There were just too many cliché jokes. I never wanted to do that horrible gay voice that everybody does. I didn’t want to be swishing and all that crap. I didn’t want to do impressions of each ethnic group. A lot of comedians are very, very similar. So I’ve always said, “Okay, what if the thing that everybody’s talking about is wrong?”

In Conversation: An Interview with Chris Rock by Frank Rich

The thing that "everybody's talking about" is OFTEN wrong.

The dictionary of misinformation is the Manual of Default Normal.

Did you know that they often find soft tissue -- veins, collagen, red blood cells -- inside of dinosaur bone fossils? No? Well, they actually find that shit a LOT. But why isn't that "normal" knowledge? Why is "mosquito trapped in amber" normal instead?

Because misinformation is passed around like fucking currency, assholes have monopolies on thought itself and pass around at their discretion what they feel you NEED to think, and 'intelligent people' will get mad at you if you dare to challenge the misinformed Manual of Default Normal like it's the damn bible in this Information Age.
Posted by M. Rasheed at 10:44 AM