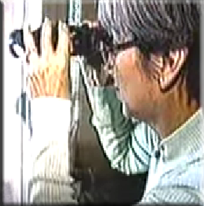 Donna Courtois – [shared link] It’s all nice and lovely to say that we will march hand in hand and give out some more hugs. But the day after the tragedy in Paris, 2,000 people were killed in Nigeria by an Islamic extremist group.

Donna Courtois - I forgot the quote marks. That was from the article, not me.

James Mullaney - I didn't read it. Too many links, not enough time.

Bar Barian - Extremism has at least two meanings it seems. A Christian "Extremist" kills an abortionist, most Christian clerics bemoan the loss of life and come down harshly on those taking vengence into their own hands. A group of muslim "Extremists" fly planes into buildings, killing thousands, and the Islamic Clerics say they are martyrs and encourage the people to dance and pass out candy in the streets. I do not think it means what they think it means.

Rick Drew - Yep. Some are condemning it. Just as many are praising it. Clerics from the Muslim Brotherhood, clerics in the USA and all over the world.  Feds Go After $250K Owed by Dearborn Cleric with ISIS Influence

Muhammad Rasheed - Everyone is condemning it except the few who are affiliated with those militias.

Rick Drew - Unfortunately those militias are now in control of several governments or exert extreme influence. At what point are they no longer a militia, but a terrorist state? Hamas for one, ISIS for another. Then there's al Qaeda.

Muhammad Rasheed - What does that have to do with your "Islamic Clerics?"

Bar Barian - israel matzav - blogspot: For 'Palestinians,' the celebration of 9/11 continues Just for you, though you'll never acknowledge the source it doesn't make it invalid for the rest of us. The word "clerics" was used in articles I read at the time, since then the spinmeisters seem to have left them out of the searchable archive. Its no stretch of the imagination if you see lots of the faithful dancing in the streets though. Here's another one about the Boston bombing: Palestinians Cheer While America Mourns the list continues but you get the drift. Most of the clerics didn't appear to want any bad press nomatter if they agreed, so in light of that I will retract "clerics" and say "people in the streets" if it makes you feel better.

Thanks, although I fail to see what it is supposed to prove. So you hand me a blogspot blogger’s opinion of a FoxNews clip. The clip shows random images of Arabs celebrating, while FoxNews say that they are celebrating an American tragedy, and the blogger agrees. I understand that this supports your own indoctrination and biases, but what is it supposed to be proving to me? Did you intend it to represent some kind of truth? You fail to realize there are no facts being demonstrated here, only opinions. By definition it proves nothing except your own prejudices.

The source is a blogger who happens to be an orthodox Jew, and presumably, a pro-Zionist supporter. This latter makes him my ideological rival. Btw that’s an interesting comment considering you’ve never been in my FB friend list and don’t know me at all.

Bar Barian wrote: “…it doesn't make it invalid for the rest of us.”

A subjective opinion spin job doesn’t have much worth unless you are predisposed to believing nonsense.

Bar Barian wrote: “The word ‘clerics’ was used in articles I read at the time, since then the spinmeisters seem to have left them out of the searchable archive.”

Islam doesn’t have a priest class, so the term “clerics” is a misnomer, thus my own objection to the term, as well as the reason more educated writers left the term out of their keyword lists. Some sects have established a version of a priest class, but that is by no means a representation of an Islamic tenet.

Bar Barian wrote: “Its no stretch of the imagination if you see lots of the faithful dancing in the streets though.”

Random images of “the faithful” celebrating in a FoxNews clip? I wonder where they retrieved the footage, and what they were actually celebrating?

Bar Barian wrote: “Here's another one about the Boston bombing:...the list continues but you get the drift.”

Yes, it’s yet another opinion piece that doesn't have a single fact within it. The “drift” is that you are enthusiastically drawn to those opinions that support your prejudices, and oddly, somehow believe they represent proofs of those prejudices. The interesting part about this blog piece is that it falsely subscribes to the Palestinians what the Israelis themselves actually performed during the 9/11 event. Check it out if you have the integrity and guts:

Were Israelis Detained on Sept. 11 Spies?

Bar Barian - Believe what you like, I will do the same.