The Separation of the Material & the Immaterial within the Science Institution 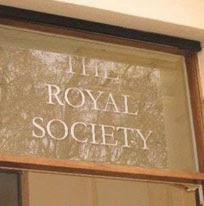 Before the advent of the British Royal Society, science (i.e., the study of natural phenomena) and theology (i.e., the study of spirit) were inseparable.  The two were not separate repositories of knowledge, but natural correlatives.  In Confession of Nature, Gottfried Wilheim Leibniz established the centrality of God to science.  According to Leibniz, the proximate origins of “magnitude, figure, and motion,” which constitute the “primary qualities” of bodies, “cannot be found in the essence of the body.”

Linda de Hoyos reveals the point at which science finds a dilemma:

The problem arises when the scientist asks why the body fills this space and not another; for example, why it should be three feet long rather than two or square rather than round.  This cannot be explained by the nature of the bodies themselves, since the matter is indeterminate as to any definite figure, whether square or round.  For the scientist who refuses to resort to an incorporeal cause, there can be only two answers.  Either the body has been this way since eternity, or it has been made square by the impact of another body.  “Eternity” is no answer, since the body could’ve been round for eternity also.  If the answer is “the impact of another body,” there remains the question of why it should have had any determinate figure before such motion acted upon it.  This question can then be asked again and again, backwards to infinity.  Therefore, it appears that the reason for a certain figure and magnitude in bodies can never be found in the nature of the bodies themselves.

The same can be said for the body’s cohesion and firmness, which left Leibniz with the following conclusion:

This argument refutes the claim that the physical universe constitutes the “totality of reality.”  Guenon recapitulates:

The truth is that the corporeal world cannot be regarded as being a whole sufficient to itself, nor as being isolated from the totality of universal manifestation: on the contrary, whatever the present state of things may look like as a result of “solidification,” the corporeal world proceeds entirely from the subtle order, in which it can be said to have its immediate principle, and through that order as intermediary it is attached successively to formless manifestation and finally to the non-manifested.  If it were not so, its existence could be nothing but a pure illusion, a sort of phantasmagoria behind which there would be nothing at all, which amounts to saying that it would not really exist in any way.  That being the case, there cannot be anything in the corporeal world such that its existence does not depend directly on elements belonging to the subtle order, and beyond them, on some principle that can be called “spiritual,” for without the latter no manifestation of any kind is possible, on any level whatsoever.

~The Ascendancy of the Scientific Dictatorship: An Examination of Epistemic Autocracy, From the 19th to the 21st Century by Paul Collins  [excerpt]
Posted by M. Rasheed at 4:17 PM