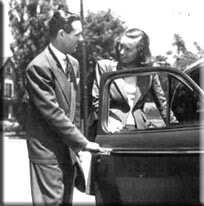 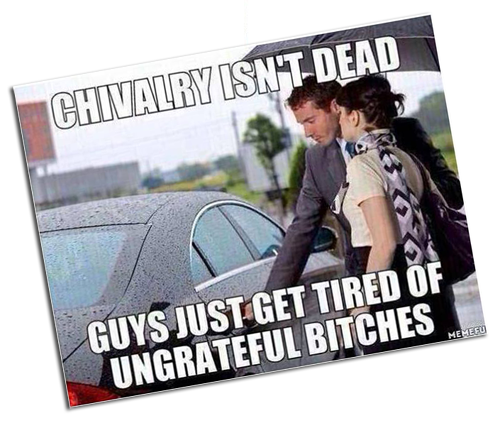 That's how you know that chivalry is dead.  Since when do the civilized allow the uncivilized to affect their behavior?  When they are only pretending to be civilized and were never trained how to act in public.  They're being fake; doing it because they want something from you.

The other person's reaction has NOTHING to do with you acting correctly.

If you haven't been taught that, and the ungratefulness of the savage gets you all in your feelings to the point where you don't want to be civilized anymore, then you were never chivalrous in the first place.
Posted by M. Rasheed at 1:52 PM