The Twin Bondage of Cowardice & Disbelief 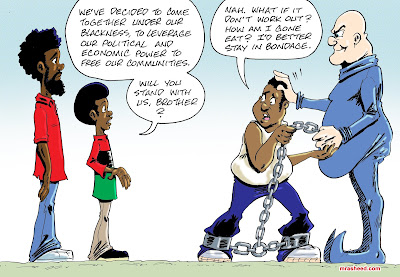 Tharaka Namal - Why can't the black community in the US come together in a specific place and call for some independence from the white government?

Muhammad Rasheed - The Black community isn’t a hive mind; they are composed of numerous tribes with their own goals, ideologies, political leanings, etc. “Black Nation” would be a more accurate descriptor. It would not be easy for all Blacks to come together to build up their economic-political power under a “Blackness” banner for two reasons: