The Sabotage of Unfocus 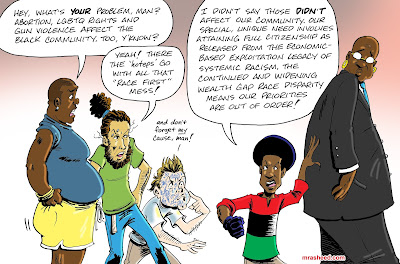 Muhammad Rasheed - The Democratic Party is full of people who are for/against all kinds of issues. There’s no one party member who supports every single item under the party’s platform folio.

The Democratic Party is composed of numerous sub-party special interest groups, each using its political savvy and influence to push for their particular agenda list. The African American community, oddly, lacks a focused *Black Political Agenda* to push for their own special interest item of dismantling systemic racism (with its corresponding payout of Reparations justice), so in order to have something to do, the Black politician signs up to work on the agendas of rival interest groups or just works for the party itself.