A Whole New World All to Yourself 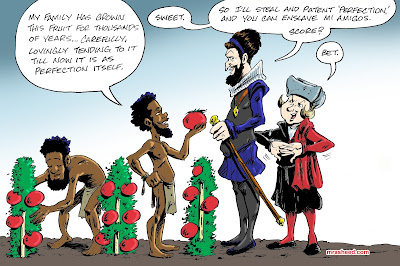 Richard Lowe Jr. - When is it acceptable to be racist?

Muhammad Rasheed - It is acceptable to be a racist under the following conditions:

Muhammad Rasheed - "Oh, look... someone else is doing something clever they've been doing for generations. Let me literally fucking steal it, trademark it making it illegal for the original families to do it anymore, profit off of it myself, and make fun of the people that call me out on it."
Posted by M. Rasheed at 8:08 AM