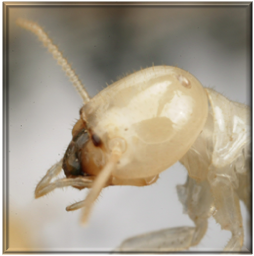 Stephen Wilkinson - When you reach up into your ass for something to say .... how can you claim to have a "poor choice of words?"

Muhammad Rasheed - So he's describing the Israelis' continuing encroachment into the Palestinian lands, with the government cutting roads through their territory while making it illegal for the Palestinian natives to use those roads, but Rep. Johnson is the bad guy because he used a termite analogy to describe this hostile, anti-human rights activity?

I'm just mad that he didn't stand his ground when the inevitable criticisms came.

Stephen Wilkinson - My problem with his statement is that it is unbecoming to someone of his stature and also because it misstates the situation and ignores his role in effecting change.  Israel is very fractured and the settlements appease the right wing and allow the coalition that forms the govt to continue.  While it affects the peace process, (agitation), it creates a bargaining chip ( cheaply) and a new status quo if bargaining does not move quickly enough.  His comments therefore, should reflect the reality and then seek to guide the narrative, rather than allow both sides to hide behind their talking points.  In a nutshell, the Israeli statement is:  No negotiations on peace? then , while you continue to NOT move towards peace, we will continue to edge our borders outwards.

Korac MacArthur - Dehumanizing anyone leads to bad things. Has the world forgotten this?

Muhammad Rasheed - @Stephen... So Rep. Johnson's comment is unbecoming but the Israeli "agitation" that you admit sabotages the peace process isn't unbecoming of a world super power? His comment is misstating the admitted peace-process-sabotaging Israeli agitation by comparing their unwelcome borrowing roads into other people's territory to when termites borrow their destructive road-like passageways into peoples' domiciles, which is equally unwelcome? His comments aren't an accurate analogy that reflect the reality of the situation?

You admit that the Israelis themselves are using their far superior force to encroach into Palestinian territory with termite-like destructive hostile behavior, they arrest Palestinians for touching those roads cutting directly through their lives, which "agitates" and sabotages the peace process the Israelis only pretend to want, and yet you parade the official Israeli soundbite that its the Palestinians who don't want peace?

I am cringing in anticipation of the gruesome spinal distortions you'll have to perform to explain this, and actually have it make sense to someone who doesn't remotely consider the secular Zionists of the nation-state of Israel to be any kind of good guy in any possible way.

Muhammad Rasheed - Korac MacArthur wrote: "Dehumanizing anyone leads to bad things. Has the world forgotten this?"

An analogy that describes their behavior is "dehumanization" to you, Korac? Please justify this comment.

Stephen Wilkinson - @Muhammad Rasheed... a woman breaks into a store kicks the owner in the balls and steals a loaf of bread.

Rep Johnson calls her a bitch.

Inappropriate for one of his stature as a U.S. representative and unhelpful to the issue.

We also were not discussing the break-in, the theft, the balls, or bread, so THAT is also irrelevant.  As part of a larger discussion, focusing on tangential issues like the comment allows the real damage to take place.

The REAL issue is the political mileage that BOTH sides use from this issue to maintain their base of support and funding.  Neither side is particularly interested in any real peace as BOTH would immediately turn inwards self-destructively torn by their internal pressures.  Israel in particular is torn by the religious identity of being a Jew with its constitutional definition as a secular state, a constitution that is at odds with its 20th century Apartheid system existentially, and as a more immediate practical matter, its burgeoning Israeli Arab population.

Muhammad Rasheed - @Stephen Wilkinson... a woman breaks into a store, kills a bunch of children.

Rep Johnson compares her to a female ant that breaks into an aphid nest and kills all the aphid larvae.

A very appropriate comment, that perfectly lines up to the events in question. He shouldn't have backed down from the bs criticisms, and instead, committed himself to speaking truth to power.

Stephen Wilkinson wrote: "As part of a larger discussion, focusing on tangential issues like the comment allows the real damage to take place."

As part of any kind of discussion, focusing on his termite analogy was completely full of crap. lol

The REAL issue is that Israel is the bad guy in this "unrest in the middle east" tale, and engage in massacres/apartheid-like evil against the natives starting in 1948.

The Palestinians were often interested in real peace, until they were eventually forced to confront the reality that the secular Zionists had only ever had one goal when they talked the European World Powers into seizing that land and handing it over to them.

Israel is only torn by the evil & greed of it's leadership class versus everyone else.

Stephen Wilkinson - You may wanna lay off the (racist?) ant vs aphid analogy - since aphids are pests!! :D :D   I reject the characterization of Israel as "the bad guy" ( semantically at this point, a case of "a" vs "the" ).  I further reject the characterization of the Palestinians as ever wanting peace of any kind, at least and as long as their very constitution calls for the elimination of the state of Israel.  That whole "our idea of peace is for YOU to fucking die" thing... it screws up negotiations tremendously!

Muhammad Rasheed - lol Meanwhile that is ISRAEL'S stance on the matter. The Palestinians very generously really wanted to live in peace with the zionists, even after all the genocides, broken treaties and massacres, etc. But again, and again, Israel only SAID they wanted peace to the world press, while slaughtering those people in practice. Its always been that way. Israel is absolutely the bad guy in this story, and if the Palestinians have finally decided to take Maya Angelou's advice and "believe them the first time" that doesn't make them as the oppressed a bad guy at all, as they have the right to defend themselves from a truly evil, hostile, secular, European force, that only pretends to have rights to that land. Remember that back in 1948, the proto-Israelis heralded this conflict by slaughtering over 700,000 native Muslims, Christians, [wait for it] -- AND JEWS!!! -- and dumped them all in a mass grave. Whatever you were told is NOT what is actually going on over there. At BEST it's an evil hoax.

Korac MacArthur - Dehumanizaion leads to people treating people like pests, animals,the easy to kill "other" that has plagued humanity since the first tribal caveman conflicts. There are many justifications for this, the Jews used to justifiably be upset at some of the Germans for treating them as subhuman and killing them like dogs. Now in the area they control, some of the Israeli powermongers choose to forget how that is and since they are on the other end of it now there, can act like superior pricks and treat the latest target (the Palestinians) badly, tho not yet up to the parr of concentration camps and mass executions on sight.

You're protesting the use of an accurate animal descriptive analogy to describe the Zionists' hostile behavior towards the natives, because it might make people act hostile towards the hostile Zionists.

Korac MacArthur - Non zionists can be racists too, it starts small and improves as people realize there is no "Final Solution" and try to if not get along, at least leave each other alone.
Posted by M. Rasheed at 2:42 AM