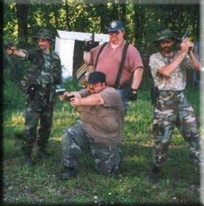 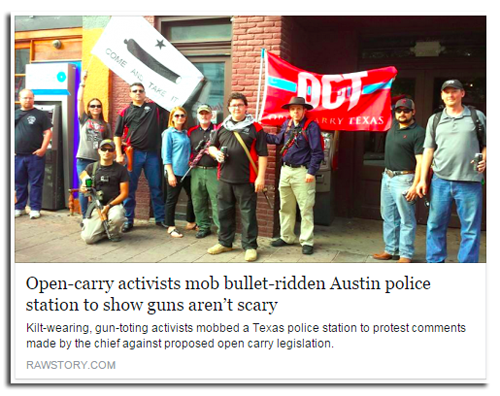 Muhammad Rasheed - "White people march on police station with loaded assault weapons and one says he hopes the chief 'heeds his words' (sounds like a threat to me), but no one gets beaten, tased or shot...must be nice ‪#‎GotPrivilege‬"  ~Tim Wise

Chris Suess - I heard that they all went out for ice cream afterwards too.

Muhammad Rasheed - "Who's down for a vanilla ice cream party?!"

Muhammad Rasheed - Dude! You totally can have any kind of flavor you want (I know Gary does. *wink*). I thought that one was your fav.

Chris Suess - oh totally, I just dont like being told it's ALL I can have.

Muhammad Rasheed – Well, WHO told you that?

John Kraft - You are the only one who mentioned race Muhammad Rasheed unless you mean the White Arse Wipe killed six months prior to this picture.

Muhammad Rasheed - Comparing the double-standard hypocrisies demonstrated almost daily in how white cops treat their own versus how they treat my people is very much about the racism issue, John.

The fact that you can't see that merely reinforces that point. By about a trillion percent.

Chris Suess - meh give you a billion and you take a trillion.

Muhammad Rasheed - how many trillions do you have?

Muhammad Rasheed - Don't worry about it. We'll find out during the Fed Audit.

Muhammad Rasheed - "You are the only one who mentioned race..." is going into my "needs to be a meme" folder. It's starting to get on my nerves.

Chris Suess - you wouldn't like him when he's angry.... Muhammad SMASH

John Kraft - I see at least 4 different nationalities in the picture not everything is about being racist. There are idiots and Arse Wipes in all national groups from Albino through yellow all the way to really dark Brown.

Chris Suess - I see no dark brown, but that could be a screen calibration. Though I think open carry applies to all human rainbow options.

You are OUT OF YOUR MIND for typing that.

Muhammad Rasheed - WHAT WHITE COP IN THE UNIVERSE WOULD ALLOW BLACKS TO DO THAT OPEN CARRY BULLSHIT IN YOUR NEIGHBORHOODS THE WAY YOU DO IT IN MINE????????????????

Chris Suess - that doesnt mean that I dont think you shouldn't be allowed to... but I think that you should be allowed to sit in the front of the bus too... call me crazy.

Muhammad Rasheed - Unfortunately you're apparently in the minority in that. You and Tim Wise, and that's IT. lol

Chris Suess - hey I'm in the minority!!! What am I going to do with new found burden?

John Kraft - My cousin by marriage a cop in Minneapolis MN with a working dog and having done undercover duty has Dark skinned parents who worked hard so that he could succeed in life but those A-Holes in Ferguson and Baltimore make life rougher for him. Race is not the issue Attitude is!

Muhammad Rasheed - Well, when you pretend that attitude is connected to their skin color and the continent their ancestors are from, you add to the racism problem. You never did answer my questions from that "10% dark-skinned" bullshit you pulled out of your ass the other day. Finish cleaning your weapon and then get back to me on that, Ooah?

Muhammad Rasheed - Chris Suess wrote: "hey I'm in the minority!!! What am I going to do with new found burden?"

May I suggest working hard to build up your community so the majority can make up a fake reason to burn it to the ground out of resentful racist hatred, and then go around saying how lazy you are?

John Kraft - Why are you using old propaganda? Is there nothing after Martin Luther King or Rosa Parks? Why are the two girls prior to Rosa Parks ignored before she stood up to the evil whites?

Muhammad Rasheed - So you consider the history of whites burning down successful black communities while calling us 'lazy nigg3rs' to be "propaganda" when the subject is mentioned, huh?  Curious.

Yes, there is a continuing history after Martin and Rosa. It's composed of liberal policies that isolated the Black economic classes so they keep us from coming together to form another successful black community for you to burn to the ground. 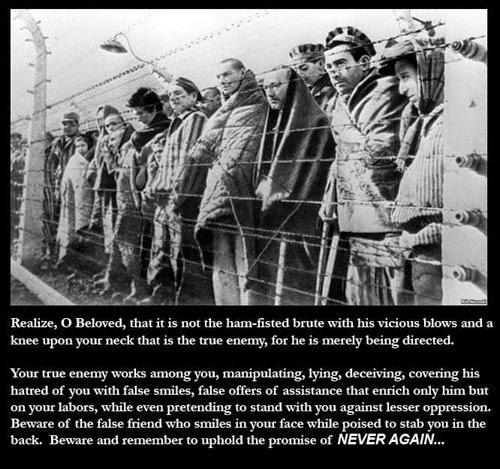 "American" is a "nationality." Notice that there are members of the white and black races within that nationality? Stop being disingenuous, please. Go clean your rifle.

John Kraft - I do not claim to be German American and I do not hear Irish American or even Jamaican American so why do I hear African American so often? If people are so proud of their ethnic background go back to the damn country.

Muhammad Rasheed - Why does it bother you how another group describes themselves?

I like how you get all indignant and racist-assholish when confronted with your peoples' epic bullshit. Just own up to it and stop it.

Muhammad Rasheed - STEP ONE in finally being a real Post-Racial America: Own up to your shit and stop being so slimy. Fuck.

John Kraft - By the way what is an Assault Weapon? I do not see any hammers in the photo even though most Assaults are with Hammers. In the article it mentions that safety's were checked multiple times or are you just offended that it was a white dude killed?

Muhammad Rasheed - I'm offended that a group of armed whites will walk into a police station threatening folk and the white cops will grin sheepishly, but shoot a black child to death for having a toy.

Muhammad Rasheed - I don't hate whites, I hate the racist institutionalism, and the demonstrated hypocrisies of it in action.
Posted by M. Rasheed at 3:37 AM