Longshanks & The Guardians of Thought 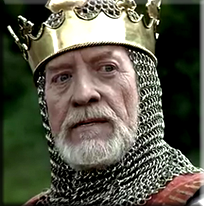 Interesting article (thanks Zodicus Zu'ul), though perhaps not for the reason you may think.

Muhammad Rasheed - Why else? The hypocrisy dripping from it.

Muhammad Rasheed - I'll give you a prize if you can spot those items before I showcase them in a rant.

Karla Holland - The closest modern day example to this phenomenon I can recall was hearing a story about one of Sadam Hussein's crazy sons crashing a wedding and raping the bride, in turn driving the poor groom to shoot himself that night.

From the same culture (removed by thousands of years) is the story of Gilgamesh, where the title character is a king who triggered his people's breaking point by demanding all the virgins of the city to deflower before they got married.

It comes from the classic hypocrisy bag of the European Ethnic, in his self-appointed role of gate keeper/thought police of society’s knowledge base, who writes himself as the ‘Good Guy’ in the story of humanity. There are a few items that stand out under that lens in this article, true to type.

Muhammad Rasheed - ITEM #1 "There is no evidence of the alleged right in medieval Europe."

For the one in the role of thought policeman, and determiner of all intellectual truths, he has given himself certain powers. One of which is the ability to indoctrinate the populace with subtle items such as the above. He uses this tool a lot, and it functions this way:

Say there is insufficient factual knowledge to definitively, scientifically prove two hypotheses. Hypothesis-A says that something reprehensible happened in Old Europe, while Hypothesis-B says it happened in Ancient Africa. Even though the conditions of proving them have NOT been met for either hypothesis, the thought policeman will use ITEM #1 as a prominent label over the European one, but will leave it off of the African ones. This will have the effect of a subtle brainwashing of any students who study history through the careful, Eurocentric slant of the thought policeman’s guiding hand, with the predicted effect: the student will FEEL as if Europe could not possibly have done such things, will have zero such feelings in regards to the savages in other lands, but will be unable to articulate why. If you try to corner the student on this, he will grow red-faced, frustrated, and will refuse to engage you in debate, preferring instead to *sniff*, turn his nose up at you, and call you names. You must not be an intellectual because you don’t feel the way he feels about it; he knows and you simply don’t know. All of his institutionally inbred fellows in the doctrine feel the same way as he does, therefore the flaw must be within YOU. 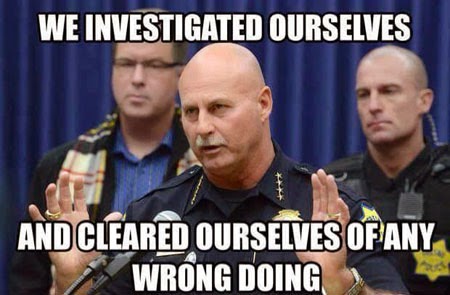 Muhammad Rasheed - (i know that meme doesn't perfectly represent what I am describing, but the underlying principle is the same)

Herodotus was the so-called “father of history,” and was contemporary with the celebrated Ancient Greek personages who are taught to western society students as members of the “Greek miracle” concept. Herodotus has a place of honor within my own studies, as he is the guy that correctly labeled the “Greek miracle” as plagiarism. The famous Greek scholars would make their way to Egypt, learn some mathematic elements from the over-generous priests, go back to Greece and claim the math principle as their own inventions.

What does our thought policeman feel about this revelation from Herodotus? Well, they said he was a liar. lol Really. In other words, in blatant disrespect to the Occam’s Razor principle, they think it is much more reasonable that the “Greek miracle” is true, that this group of fellows invented high math miraculously from the Power of White People, than to believe the eye witness account of a contemporary who actually has the nickname “father of history.”

So Herodotus gave a report about a people in ancient Libya that reportedly engaged in this ‘Prima Nocta’ thing, and the thought police are okay with accepting his word on it because it’s not a charge being labeled at Europe. If he did then of course he would be a liar on that item, too.

Muhammad Rasheed - It's a human construct so it can be fixed.

Muhammad Rasheed - Being aware of the problem (and aware that it is actually a problem) is "step one."

Muhammad Rasheed - ITEM #3 "In modern times Zaire's president Mobutu Sese Seko appropriated the droit de cuissage (right to deflower) when traveling around the country where local chiefs offered him virgins; this was considered a great honor for the virgin's family."

Obviously this one is related to ITEM #1 above. The stereotype of the “big scary black guy” archetype is somehow more evil than all the evils of the world wars, atomic bomb drops, and communist massacres combined is often found in Mobutu as a symbol held up by the Euro-Ethnic intellectual. The Euro-ethnic thought policeman that wrote the book sourced here SAID it was true, therefore it must be true. That’s how the “big scary black guy” is in their nightmares so it HAS to be true, right?

Karla Holland - You know who makes me laugh? People who say you can't question history. Uh, yeah you can! It's not science and has more than its own weight of history of being tweaked and manipulated to fit certain biases and narratives. This is why I have very few history majors as friends.

Muhammad Rasheed - People who tell you that you aren't allowed to question something are your enemy.

Muhammad Rasheed - ITEM #4 “Braveheart (1995); ius primae noctis is invoked by Edward Longshanks in an attempt to breed the Scots out. This was one of the many inaccuracies cited by critics of the film.”

Karla Holland - It's amazing how many European make rulers are respected despite being ruthless while female or non European rulers are criticized for similar actions. Genghis Khan is always vilified but how does he differ from the British empire?

Muhammad Rasheed - It's probably just because he broke some stuff they wanted for themselves.