BOOK REVIEW - Master of the Name: The Story of the Ba'al Shem of London 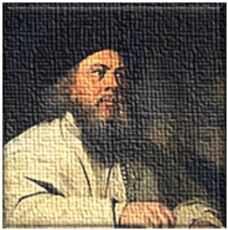 Over the years I've come across a handful of fascinating short biographical summaries of the powerful cabbalist-mystic known as the Ba'al Shem of London, Dr. Hayyim Samuel Jacob Falk. Most notable were the descriptions written of him within Nesta Webster's work Secret Societies and Subversive Movements, in Charles Mackay's Extraordinary Popular Delusions and the Madness of Crowds, and as a profile entry within the highly-praised 1906 Jewish Encyclopedia edition, with all works revealing a figure consistent with the mystic rebels that thrived during the Age of the Magicians of his time. Arguably, Dr. Falk may have been the greatest of them all.

In addition to having great personal charisma, connections with the Freemasons, access to enormous sums of wealth from an unknown source, and the ability to perform "miracles," Dr. Falk was also one of those very rare magicians to have earned the title "Master of the Name" or "Ba'al Shem" in Hebrew. As the title suggests, Dr. Falk was able to perform his most impressive miracles by writing the revealed characters of the lost Name of God -- the Name having being revealed to him through a special combination of his exemplary piety, and his mastery of the cabbalist sciences. I always found the bio summaries about him to be frustratingly short as they displayed the legends and rumors of the amazing feats Dr. Falk possessed, so when I saw the book Master of the Name: The Story of the Ba'al Shem of London by Irene Roth available in Amazon I pounced on it.

Irene Roth happened to be an actual descendant of the title character of her book, and she used the opportunity to play with the possible relations within the Falk household she imagined in a novelization of her ancestor's life. Unfortunately for me, the gossip, scandals and intrigues of the mundane civilians she wove AROUND the Ba'al Shem were far more important to her than the powers and abilities he commanded. Roth also gave the impression that she was uncertain whether to present him as a charlatan grifter, or the skilled mystic he presented himself as. The end result was a novel that lacked any of the interest generated by the original bio sketches of Webster and Mackay, and despite the potential for a truly great speculative genre work such as Jack Vance would've penned, Ms Roth's book came across more like the fan-fiction novelization of a period piece soap opera.

For a much better treatment of similar historical figures authored by a top-notch scholar, please check out Mystic Rebels by Harry C. Schnur instead.
********************
Daniel Lipson - Hi Muhammad. I just read your interesting review about this book. I have been doing some research into the Baal Shem of London and believe that I have read most of the literature including a few pages about him in Irene Roth's biography of her husband. Unfortunately i never came across this book. "Master of the name" seems to be a very rare publication. It's 350$ on Amazon and 900$ on abebooks. Worldcat shows only one copy in libraries worldwide (LC)! Do you have any idea why this is? I guess I won't get to see the book but I'm wondering if the author refers to the famous picture which she owned. She has written a little about it before. From my research it has been going around the world for the last century. Thanks

Your interest is no surprise since the legend of the Ba’al Shem of London (and the concept of “Ba’al Shem” in general, really) is a genuinely fascinating one to all but the inherent boor. lol Though I’m probably biased.

From the hints and pieces I’ve pulled from the forward, introduction, and even the first leaf’s hand-written autograph/signature (“To Carol, with gratitude and appreciation. ~Joshua Ambush”), the reason it is so rare and expensive is that it appears to be a labor of quite a specialized love intended only for a very narrow readership: The descendants of the Ba’al Shem of London himself, and their friends per Mrs. Roth’s instruction. It was Irene Roth’s dream to publish such a book based on her own wishes and creative vision, and while blind and on her sick bed, managed to secure the generous favor of a publisher, a Mr. Lawrence Ambush. Apparently, Lawrence created the corporation ‘Moody & Bickerstaff’ for the sole purpose of publishing this book for her, and she dictated it to him from her bed. I can’t tell whether Irene or Lawrence passed away first, but Lawrence’s son Joshua is the one that finished publishing it. Who knows? Perhaps Lawrence had greater ambitions for Moody & Bickerstaff, but it doesn’t seem that Joshua shared them, as the publisher was dissolved afterwards.

To answer your question about the painting, Irene mentions in the epilogue to the afterword that she did acquire the painting from a “Mr. Fisher” for a modest but undisclosed sum. Bearing in mind this book was published in 1999, and I've since seen a 2013 auctioneer’s description which may interest you, assuming you haven’t already read it:

“The painting was in Falk’s personal possession upon his death, whereupon it subsequently passed into the custody of the financier Aaron Goldsmid, a patron of Falk. According to Irene Roth (wife of historian Cecil Roth) the painting ultimately found its way back to the descendants of Falk’s star pupil and son-in-law Hirsch Kalisch – now with the Anglicized surname ‘Collins’ - maiden name of Irene Roth’s maternal grandmother. It remained in the Roth household, journeying from Oxford, to Jerusalem, to Manhattan’s Central Park West, until it was acquired following Irene Roth’s death by the late Daniel M. Friedenberg; and subsequently sold in the dispersal of Friedenberg’s collection (Sotheby’s New York, 18th March 2004 Lot 250). The past few years it has resided in a religious museum, but doctrinal differences have insisted that the painting be deaccessioned.”

Thanks for your reply and all the information!

I'm a reference librarian at the National Library of Israel and I came across the story by chance in an article I saw. I followed up on the story with a bit of research. A number of scholars have written about him over the last 100 years or so.

After reading about the Baal Shem of London I realized that his picture has been attributed by mistake to the famous Baal Shem Tov. This got me interested in the picture itself, its provenance and it's whereabouts today. I too came across the information in the 2013 Kestenbaum auction catalog. On there website it says that it was sold for $75000.

I think I've collected enough information to write a short article on the topic. If this ever happens I'll send you a copy.

Daniel Lipson - Were you considering writing about the Baal Shem of London? As a kind of super-powered hero?

M. Rasheed - Well, not directly. Not necessarily. My Monsters 101 universe deals with magic and mysticism pooled from my general interest in those topics since I was a kid. So, the magician figures represented by Dr. Falk's group of mystics, alchemists, etc., have always inspired me to peak creativity. I wasn't specifically planning to fictionalize Dr. Falk, though a cameo of him wouldn't be out of the question. I did add Joseph 'Cagliostro' Balsamo into my story's continuity, as many fantasy writers have done over the years, of course. As I am a subscriber to the doctrines of the Abrahamic religious family, it shouldn't be a surprise that the most powerful magicians I've created do demonstrate some version of the ba'al shem power/technique. When I revisit the story's extended universe eventually (Insha'Allah), I'll get a chance to flesh those concepts out more. I'll admit that my disappointment in Mrs. Roth's approach to your book has got me thinking of trying my hand at creating and introducing a character that functions more like what I was actually expecting Master of the Name to be like in my imagination.

Daniel Lipson - Perhaps the Maharal of Prague and the Golem may fit in. Not really a Baal Shem but definately some kabalistic stuff there. The Golem after all was some kind of (good) Monster

M. Rasheed - The original character I have in mind would be a Muslim scholar, perhaps born before the infestation of the hadith fabrication era really started getting out of hand. Consequently, he'll have to be around well before The MaHaRal's time. It'll be a challenge to develop the believable conditions in which a Muslim mystic would be free of the corrupting influence of the expansionists' and later European Imperialist's politics -- enough so that he would be given the power of the Lost Name. I was thinking of maybe basing the character on an al-Farabi template, as described by Charles Mackay, the description of which impressed me mightily.

Daniel Lipson - Wow! Not easy but definitely interesting. If I think of any possible potential cameo figures I'll let you know. Good luck!