The Measure of a 'Good Man' 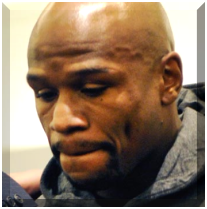 Muhammad Rasheed - This is an interesting question to ask, considering the climate we find ourselves in. Floyd Mayweather, Jr.’s name is typically maligned in the media, and among the majority of serious and casual boxing fans as well. In a sport that is already notorious for being racially divided, the pure vitriol regularly spewed towards Floyd is much more than it seems. This is especially telling considering the long-time, pound-for-pound champ left his efforts to play the heel behind way back in his youthful “Pretty Boy” days. Floyd is a BOSS, and a very successful one (in a sport traditionally dominated by infamously corrupt and exploitative White men) and it’s his ability to dominate both inside and outside of the ring — with the flair, cockiness and bravado of a typical dominant African-American alpha — that brings out droves of ‘haters’ right on cue.

But is Floyd Mayweather, Jr. a good man?

To do this fairly and objectively, we'll need a metric to measure ‘goodness’ by, as it provides zero value to simply invent a definition for it on the fly based only on our biased and subjective opinions. As a subscriber to one of the Abrahamic religions, I always use the One God’s criteria. As the Author of morality, and the Determiner of what is right and what is wrong, what does God consider “good”? What checklist does the All-Powerful Master of the Day of Judgment use to determine which of His creation has met the requirements to enter paradise and know eternal bliss?

First, in order to be a good person to God, one must believe in God. Floyd demonstrates this, and gives God thanks and praise at every opportunity. In fact, he makes it a point to do so at the start of every interview, and is never ashamed to admit he is a servant of The Most High. 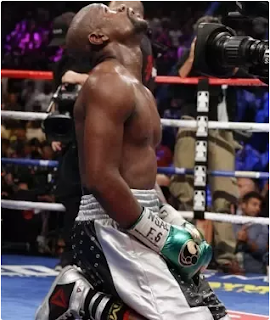 Second, in order to be a good person in God’s sight, one must perform righteous deeds in the earth as proof of that belief in Him. God revealed in His Word that the top good deeds we can perform are acts of charity… the spending of a portion of the bounty He has provided us on those who are less fortunate. The New Testament makes it clear (Floyd is a Christian btw) that good deeds should be done in secret lest men should boast. This is interesting considering the anti-Floyd media prefers to show Floyd in a negative light to feed into the hater audience’s needs, and thus rarely point out Floyd’s establishment of regular charity, because this propaganda inadvertently and ironically helps Floyd spiritually. Floyd has been very consistently charitable with his wealth over the years, despite the many horse-blinder hater comments to the contrary that falsely proclaim he only spends on himself.

Mayweather: “Giving back matters to me” 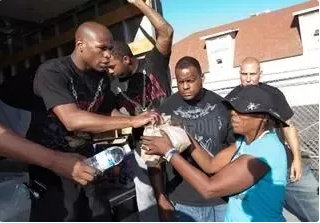 Third, in order to be a good person in God’s sight, one must never be obstinate in doing wrong, but one must repent and do it no more. Floyd’s very public domestic violence scandals have a legitimate pedigree, in that his father also had a history of such sin on his record, so this is a very real ‘genetic-level’ temptation for him. Floyd has not only ceased performing as the bad guy heel to promote fights, has become noticeably more calm, mature, and thoughtful in his on-camera appearances since the days of his youth, but also notably hasn’t had a domestic abuse scandal in almost a decade. In other words, it is clear that he repented of his past sin, and made the disciplined effort not to do it anymore, per his Lord’s requirements. Oh, and this is in addition to him having paid his debts to the secular court.

So by this fair and objective measurement from the sacred scripture of Abraham’s God, Floyd Mayweather, Jr. can reasonably be considered a good man. 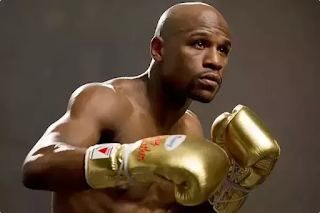 “Reasonable” being the operative word here, since you may certainly count on the anti-Floyd haters to maintain their very unreasonable stance of continuous vilification of the ever-impressive “TBE.”

This Quoran boxing fan for one hopes to see Floyd make short work of Conor McGregor in their upcoming 26 Aug fight, in a humiliating, one-sided beating, to end in McGregor’s head bouncing off the ring floor, with the undefeated champ securing his 50–0.