Fight for the Greatest Love of All 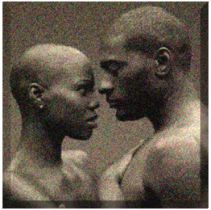 Tyreese Jackson - Is it weird for me, as a black man, to despise black women?

Toni Colley-Lee - Historically, it was planned that way and apparently you have bought into the hype. Reeducate yourself as to the reasons and see if that helps with the emotions. I’d start with Dr. Joel Williamson’s book The Crucible of Race. Good luck with your journey of discovery. 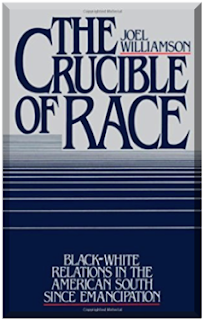 Muhammad Rasheed - As Toni Colley-Lee pointed out, this attitude has been normalized in our socially-damaged, fundamentally racist society. One of the traits of such a society is an attack on the Black Family, which includes the following symptoms:


Neither of these items are accidental, nor are they coincidental. I think it's brave that you asked such a question publicly, Tyreese, and I choose to consider that a cry for help. It is absolutely very weird to hate the child-bearing member of your own ethnic group, and it was indoctrinated into you by an evil outside force that hates both the Black male and the Black female. It's not your fault that you feel this way, but it will be your fault to not seek to reverse the psychological damage that your cry for help proves you are aware of.

"It's not only your right to be free, but it's your DUTY to be free." ~Dr. Martin Luther King, Jr.


Please learn more about the history of Black/White racial relationships in America to aid you in pinpointing what is wrong. In addition to Toni's book recommendation, please peruse the reading list below to help further your journey towards wholeness.

I’ll begin my book list by showing you what right looks like. Tera Hunter reveals within her ‘Bound in Wedlock’ book that during the worst time period in the nation’s history, the Black man did any and everything he could to make sure his woman knew that he loved her, and would do everything in his power to make sure she knew that she was wanted by HIM. Conspicuously the evidence displayed loudly in Hunter’s book contradicts the oft-repeated nonsense spewed from the non-discerning filth holes of those who are fond of proclaiming that the modern breakup of the Black Family began during slavery. This book proves that the facts are nothing like that, but instead show that the rock solid Black Family not only remained intact during the brutality of the middle passage, it was also a vital tool that got Blacks through the generations-long psychological terror assault of America’s ‘peculiar’ version of chattel slavery. It didn’t stop there either, but it helped carry us through the jim crow era, actually making us stronger together as interconnected families and as a community. These dupes, agents, and fiends want you to believe it happened during slavery because – if you are under the impression that the diabolical programming was hoary with age – it may make you believe it is hopeless to fight it. Meanwhile this assault on the Black Family is no older than the toxic ‘Integration Era’ which is barely 50 yrs old.

The illusion of “progress” is killing you; the indoctrination of it is destroying you from within, as the heart-breaking neuroses of your cry-for-help question demonstrates. Remember that during jim crow, even the false charge of you whistling at a white woman would be enough to incite a furious mob of average White people to lynch you. Today they allow you to marry white women. This isn’t social progress at all, but a more efficient domestic terrorism. Your dedicated enemy discovered that seeing you publicly hold hands with beckie is far more damaging to the Black Family than the same audience watching you dangle from the tree. The latter brought the Black Family closer together and made you powerful, while the former resulted in this question I’m answering here.

"But we can't control LOVE!"

"But you can't help who you fall in LOVE with!"

Sure you can. Don't be silly. You fall in love with the people in the circles you find yourself in. The 'Integration Era' is marked with the abandonment of Black Business and the Black Community; with the growing Black middle class rushing to enter the White "mainstream" as a permanent support class within his system. Another mark of the 'Integration Era' is the "Token Black" as you now find yourself the only Black face within a sea of White people (or within a sea of artificially hand-picked, fake "diversity" as the office is guided to become full of plastic dolls, some with brown faces). You are continuously encouraged to spend all of your time with beckie while you are equally encouraged to help your enemy malign and degrade your own woman. So clearly this "you can't help who you fall in love with" tripe is a blatant lie.

It's more profitable for him to train his racist staff to tolerate your physical presence (while admonishing you for displaying any non-white cultural/racial identity traits like natural hair), than it is to allow you to grow wealthy by circulating your money 16x within the Black community before he sees it. It's more profitable for him if he allows your best and brightest to use your talents & skills to support the White community, than for him to directly compete with you as a powerful independent entity. So the best way for him to redirect your Black Power for his usage is to destroy the Black Family, give the Black male all the beckies you can handle, and assimilate you into the Whiteness Cube like the Borg.

Step one in reversing this evil program is education... KNOW THY SELF! 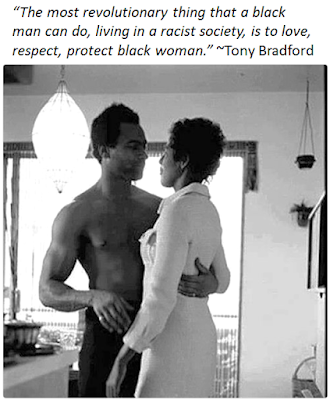 Chijioke Anosike - Amazing outlook on black and black relations! As a young black male, growing up and seeing black men and women in relationships was my norm, as it naturally should be. I think black men need to realise that the only people who can truly understand their unique racialized struggle is the black women (and vice versa), and its our duty to look out for them, be with them. I’m not bashing any interracial couples out there, but for the men who “don’t like black women”, serious questions of personal reflection, self-esteem, and self-worth should be raised.
Posted by M. Rasheed at 3:52 AM