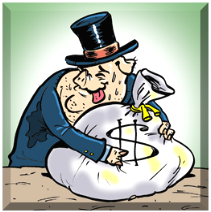 Muhammad Rasheed - SDCC 2017: DC Comics Says The Comic Book Industry Is On The Brink Of Collapse, And They Have A Plan To Save It by Tom Bacon

Brian Williamson - This all sounds encouraging, but no matter how good, or innovative, the product is there's a problem with visibility - if potential readers can't see the product, they can't buy it. Comics shops are great, but they're a niche market compared to newsagents, news-stands, supermarkets and corner shops. You have to get comics back into mainstream distribution - comics speciality shops are forbidding places to the uninitiated ( I've been drawing comics since before my kids were born, and getting them to step over the threshold of Forbidden Planet is like pulling teeth.) Maybe the distributers are the problem, and that might be an insurmountable hurdle to a struggling publisher - but Marvel and DC are both owned by movie studios so it shouldn't be beyond their means to invest in some trucks and spinner-racks in order to prevent the golden goose from starving to death.

Tom Bacon - @Brian Williamson... Spot on. One of the more encouraging comments from this was a reference to looking at different approaches to distribution; if they can pull it off, and find another way to distribute their comics that isn't so closed off to new customers, then they've got a solid chance. Unfortunately, they didn't explain what they meant by that; they sound to be quite early on in those particular discussions, referring to them as part of their strategy next year.

Muhammad Rasheed - The comics industry took a nose dive when they allowed the distribution channels to be monopolized by one or a few 'yuge-bigly' corporations. Monopolies kill the wide variety of smaller businesses, which removes options, which hurts the consumer, but makes the monopolizers billionaires.
This is the root cause of ALL the comic industry woes. Open those markets back up, and everything else will balance-work out.

Jeff Carroll - Are you talking about Diamond? I think their sales problems lie with their stories. The superhero movies have better stories. I also think independent press like Image, Omi, IDW and Boom are a factor that they don't mention.

I think getting better writers are solution though.

Muhammad Rasheed - The talent pool was always the same. In a monopolized market, there are less venues for the talent to publish in. So when nepotism gets hacks into top fields, you get those inevitable "We need better talent! That will create jobs or whatever!" kind of complaints. lol

Open up those markets again, and more people will get to share that business, there will be less economic risk to experiment, there will be MORE books to choose from, and the Top Talent will rise to the heights for you to easily buy their stuff. #RootCauseAnalysis