The Half-Assed 'Diversity' Agenda of Fakeness 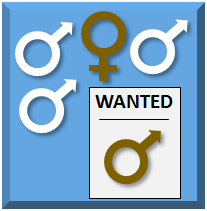 Muhammad Rasheed - A bunch of White guys and a Black woman, huh? 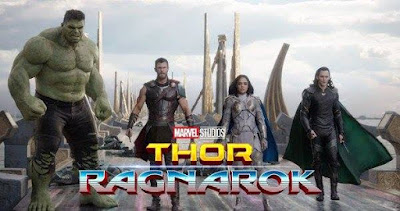 You know what would make that amazingly better? Bring in Balder the Brave, cast a handsome, charismatic, VERY alpha badass Black guy in the role, and put him in there, too. Thanks. #assholes

(the movie looks good other than that raggedy shit)

Salvant Breaux - Idris is there too

Muhammad Rasheed - Was he off panel, gathering snacks to quench the hunger of the bunch of White guys/Black woman in this poster?

Muhammad Rasheed - Not the same.

Heimdall was established as the quiet stoic dude who -- although a badass warror figure -- never leaves his post. He functions like a robot, not a potential love interest or anything. Plus there was also that scene where he pledged allegiance to Thor and symbolically took a subservient role to him. 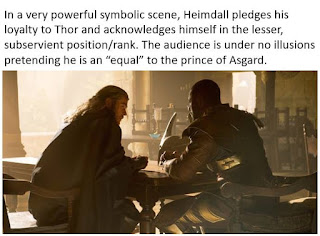 This deliberately and carefully constructed "strong Black woman" -- who you can best believe will DEFINITELY be portrayed as an equal to Thor -- will not be interested in the self-confessed lesser ranked Heindall.


By contrast, Balder is Thor's best friend, and would trade with him as a sarcastic equal. THAT'S what's missing in this poster image.

Muhammad Rasheed - As it stands, this warrior Black woman functions as the 'Token Black' trope, surrounded by White men. Should she have the love interest scene, then the fake "You can't help who you LOVE!" card is already stacked in a very particular direction, as usual.  This is an attempt to indoctrinate me with a bs agenda, pretending to be positive "progress".