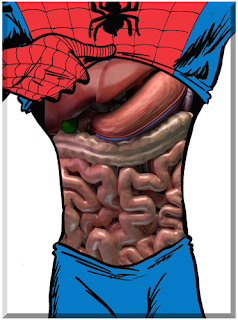 Muhammad Rasheed - I love watching big summer blockbuster films on the silver screen, especially the superhero ones. That's the format they were made for! One of the best parts of getting to watch a movie in the theater to me is the trailers. Unfortunately, I haven't been able to see a lot of trailers lately since I usually watch movies in the AFES theater, and they rarely show trailers before the main feature, which sucks.  I saw Spider-man: Homecoming recently, and to my surprise there was ONE trailer that played.  Was it Black Panther? No. Was it the one for Thor? No. What about the next Avengers where Thanos shows up? No.

It was the trailer for Malcolm D. Lee's Girls Trip movie, starring Jada Pinkett Smith and Queen Latifah. It looked silly and fun, but it was also very raunchy and over-the-top just in the trailer alone. At first I was trippin' like "Really? You put this in front of a kid's movie?" but then I remembered I was in AFES, so there weren't going to be any kids in there anyway. I don't know what trailers they are showing in front of it in the regular theaters. While I was still trippin' though, the trailer ended with the line: "Girl, you can't get no infection in your booty hole. It's a booty hole!" which should give some idea of the levels of raunch I was trippin' over (Okay, I know you've seen worse. Whatever.).

So, later as I was thinking about just how scientifically WRONG that final line was, I wondered if they would have bothered to address it in the story so people would know that it wasn't true.  You absolutely can get infection in the rectum, and for all the same reasons you get infection normally. But what if they just played it up for laughs, and left it alone? Using a surface-level, uninformed logic it may seem to make sense... the rectal tract is full of feces, so the rectal tract should be 100% impervious to feces-derived infection, right?

The tissue lining of the rectal walls is very sensitive, and it tears easily.  Any type of abusive rough-handling will tear a wound in that lining, which absolutely will become infected when the feces gets in there. This actually happens often enough to be tracked as a pattern of different related rectal and colon diseases grouped together under the "syndrome" umbrella. They sometimes refer to it as "gay bowel syndrome," but there's nothing happy or gleeful about it. It's VERY serious, and people die from it all the time. It's odd how people don't really talk about it anymore since the 1970s though since the diseases in the syndrome are more prevalent than EVER. Curious.

Anyway, to help lessen the chance of you ripping through your own rectal lining, make sure you bulk load a lot of soluble and insoluble fiber in your diet, and drink plenty of water.  Don't be shy about eating regular organic yogurt either, as this will keep 'good' bacteria and enzymes cooking in there, too.  Do this regularly and your bowels should stay consistently soft and unlikely to rough up your 'booty hole.'

You may consider this Your Friendly Neighborhood Public Service Announcement.  You're welcome.
Posted by M. Rasheed at 10:36 AM