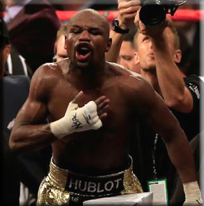 Muhammad Rasheed - I wish I WOULD side with my ideological enemy in vilifying a successful Black American.  Why would I do that?  Can’t you see that is treachery?  Why would I ape/parrot that behavior in my enemy to attack and tear down one of my own?  HE hates and resents him, so I must hate and resent him, too, right?  “Wha'sa’matta, massa?  WE sick?”  How does it profit me to join my enemy in hating my own people?

My enemy will quickly downplay a Black American’s accomplishments and throw his weaknesses in his face; angry and resentful that he has proven dominant in this field where only the strongest and smartest thrive.  Meanwhile he will downplay the great international atrocities and horrendous body counts he himself has amassed while pretending his race are the good guys in the human experience, and are magically more righteous than you because he said so.   He covers over his own peoples’ faults, particularly when comparing them to yours, and even glorifies and celebrates his criminals and organized crime organizations.  They stick together through their feuds and conflicts and make sure they boost themselves up over all others.  At its most insane extreme, he even thinks he represents the penultimate in human evolution.  He will NEVER side with you over himself.  It’s the secret to his success, that through all of his own internal dysfunction, he will absolutely come together over you.  Link arms to keep you out.  Arm himself against you.  Convince himself that there is no worse terror on earth than a member of the Black Race.

If I’m going to ape and parrot his behavior, why wouldn’t I seek to duplicate his penchant for protecting himself and his own people?  Why would I instead join him in his fight against me?  “You’re right, Boss.  Fuck that arrogant nigga. He's a coward.”  Why would you do that?  What does that serve?   Did you forget the socio-political clime we live in?  Hm?  You KNOW he doesn’t give a flying FUCK about you.  He would as soon shoot your children dead as help them.  In an authority position he will gleefully brainwash them with some foul bullshit designed to destroy their spirit and self-esteem based on what he has convinced himself about you.  He does not have a problem hanging you from a tree.  He really doesn’t.  No generation of American citizens – black or white – have undergone any kind of therapy or counseling to debrief us from the savagery of ’s shameful past history.  Do you recognize that?  Do you see what that means?  It means that the terrible psychological damage inflicted upon our ancestors never stopped being passed down through the generations.  Do you doubt this?  After all these years, in 2015, we’re still failing that damn Doll Test.  We’re fucked up.  Still.  And if WE’RE fucked up, HE’S definitely fucked up.  He hasn’t changed either, that’s why he doesn’t even blink when he shoots your sleeping babies in the head.  Did you forget that he convinced himself that you weren’t even a human being to justify keeping you chained to a post down in slave row?  This motherfucker is not your role model for how to treat a Black person!!!

He’s not going to help you.  He can’t.  He’s just as damaged, he only pretends he’s not.  Pretends he doesn’t see race.   When he looks at you he wipes the same fucking drool from his mouth that fell when watching you greedily from the deck of those stinking ships so long ago.  It took many centuries to finally free you from his chains.  You know he didn’t want to let you go.    In the ten years immediately afterwards, during Reconstruction, he actually got MAD AT YOU for daring to be successful.  Educating yourself, entering politics, setting yourself up to enjoy the full fruits of what this country you helped build had to offer.  This made him furious!!!  He promptly took it from you, and pressed his knee onto the back of your neck, creating a new place to put you in.  To confine you to.

And he called you “lazy.”

All of you.  Lazy.  As a stereotype.  He said you all are lazy.  But you are NOT lazy, and even under these new chains, you rose up from the ashes of that defeat to achieve economic success, and he got mad at you yet again and burned it to the ground.

All the time calling you 'lazy.'  In anger, hatred, resentment, and fear, he made up a story and destroyed all of your hard work, and called you a “lazy nigger” while he did it, and he’s been doing that psychotic shit since he fucking brought you here!  But with the whole world watching, they were shamed into eventually releasing those chains, too.  The Civil Rights Act was passed, and it was now illegal to treat you like shit in the way he had grown used to.

But what did that mean?

It meant that the next time you came together… with the whole world watching… he couldn’t just burn all of your stuff down again, right?  Simply proclaiming you were lazy hasn’t worked in all these centuries, so what would keep you from rising to the very top if he stopped sabotaging you every fucking time?  Nothing.  And he fears this.  He always has.  Mightily.  Every time he strikes you down, he creates a new karmic debt, and he believes that eventually that bill is going to come due, and he won’t have the goods to pay it off (doesn’t stop him from doing it though).  He’s genuinely afraid that he will have to eat the payback of all he’s done to you, so of course he can’t have that.  A new strategy was needed.

After the Civil Rights Act was passed, during the effort to fight for desegregation, somehow, mysteriously, that train detoured into a fight for the nonsensical “integration,” and it destroyed you.  You live that destruction now.  Your greatest strength, that enabled you to phoenix-like rise from the ashes of racist savagery and chaos to produce an economically successful community over and over again, was taken from you.   The poison of “integration” separated the Black American middle class from the poor lower classes, leaving the poor defenseless.  The middle class abandoned their own community to attempt to become “brown-faced whites” in his country.  In his heart of hearts he absolutely did NOT want this, but the alternative was to have you use your talents and energies for yourself and risk you rising up greater than he, where your power could potentially become the threat he feared most.  So he tolerated you, helped direct your energies towards making his forces greater.  He slaughtered your leaders during the Assassination Era so they wouldn’t bring you together into an unwanted competitive force on the nation’s stage.   He found that blunt and sociopathic tactic to be a mistake because it called forth a ferocious defensive militancy from your youth of the time period, and he didn’t want that.  You were much more useful using your talents to enrich him than to slaughter you outright.  So your next leaders that came forth, instead of killing them physically, he sought to discredit, to smear, to taint in your mind with a relentless marketing campaign of defamation.

Everyone does something wrong.  We are humans.  The flesh is weak by its nature, and we often give in to temptation.  But somehow when your weaknesses become known, they are THE WORST DEMONSTRATION OF WEAKNESSES IN THE UNIVERSE.  And you believe him.  Him.  Who has nothing for you, and even today will kill you casually.  Death by white cop is today’s version of hanging you from that tree.   But you side with him in vilifying your own, a demonstration of your own dysfunction.  An award-winning Black American at the top of his game fights on the world stage and it disgusts him.  Just like an unpopular previous Black American champion who got close to a certain someone’s celebrated professional record, this one closes in on it too, and he HATES IT.  It burns him up.  Were we the only nation in the history of the sport where its citizens didn’t root for their own champion to retain his titles?  And you helped.

Yes, Floyd has well-documented weaknesses that he’s working on.  So what?  That’s for him and his family to work on.  Why aren’t you celebrating a Black American’s accomplishments?  Let him know you disagree with his weaknesses if you must, and ask him to make sure he gets help, and then celebrate his victories as a member of your own.  Cover over his faults with love, and celebrate the victories of your brother.  The lack of this is why we suffer and is the fruit of the schemes of the enemy.  Celebrate the accomplishments of your brothers and sisters… HOLD THEM UP!!!!  …and cover other their faults.  Take care of your own.

This is the only thing that matters.

None of that other shit you bitch about matters in the least until you start taking care of each other again, re-forging your old strength anew so you can rise from the ashes of the enemy’s hate and evil once more.  Bitching about crap like word usage, semantics and fucking tv shows is a complete waste of time until you get your strength back.  Is whether we use the ‘n-word’ or not keeping you from regrowing your economic base?  FUCK NO!!!  Get yourself together, stop following along behind that crazy motherfucker that hates your guts, and take care of your own people.  Right NOW.


”The Unbelievers are protectors, one of another: Unless ye do this, protect each other, there would be tumult and oppression on earth, and great mischief.” ~The Holy Qur’an, Surah 8:73
Posted by M. Rasheed at 9:58 AM