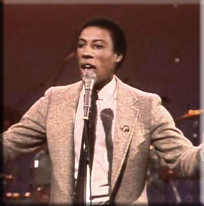 Byron Allen??? Byron Allen bruh!?!?Of all people, you calling somebody an Uncle Tom!?!?

Cordie Dillard Jr - He is a black television producer/show creator.

Cordie Dillard Jr - He does pretty well to be as low key as he is.

Paul Daniel - Lmao! This guy has a lot of nerve to be using words like that. When he "competed" with Arsenio, they said the same thing (sell out) about him! Isn't he suing Al Sharpton and ComCast for something?

Muhammad Rasheed - Puts the "competed" and "he does pretty well" comments in better perspective, I think...

Muhammad Rasheed - Basically Byron is the GOP, and wants his precious, precious tax breaks, so of course he would consider the President's policies to be hateful.

Chavis BigC-Carpenter - Byron Allen's attempt at competing with the Arsenic Hall show was an epic fail. Byron Allen is corny and has always been. Now, Byron got connected in the industry behind the scenes, and had more success in the long run. But, I have never seen Byron Allen as a reflection of or as a spokesperson for Black America. Ya dig!

Muhammad Rasheed - As an entertainer the competition was a joke, but as businessmen Byron proved to be the Alpha Dog. And entertainment is definitely a business after all. Byron Allen won that rivalry, hands down.

Muhammad Rasheed - He even well-exceeded the success of Eddie, who was a far more talented entertainer than both Byron and Arsenio.

Whatever we all thought about Byron Allen back in the day, he certainly turned out to be the winner of that three-man rivalry. lol

His political stance is the typical one of the top wealthy, high financial IQ type dude. He definitely hangs out with those GOP asshats since he talks like them. [***EDIT*** I take this back]

Jerry Lee Brice - The general public is not knowing! LOL...

Jauna Crear-Esq - Who is Byron Allen?

Muhammad Rasheed - He used to be a comedian in Murphy and Hall's peer group, who eventually became a successful producer businessman in the industry.

Muhammad Rasheed - People used to compare him and Hall all the time, and when the latter got his original show, it looked like (from the outside) that Allen was the loser of the 3-way-rivalry all around. Especially after his own show attempts failed quickly.

Milton Davis - Byron Allen invested behind the scene. He became an owner instead of an actor. He turned out to be the smartest of the three.

Muhammad Rasheed - He currently has a racial discrimination suit out against Comcast, suing them for $20 billion or something like that (apparently they tried to block him from making some more power moves on that typical Good Ole Boy bullsh*t). I hope he wins it. That will be an amazing precedent on the legal books. They wouldn't eff with us too much more after that!

Rodney Wyatt - I've read somewhere that he has a good chance at winning that suit.

Muhammad Rasheed - Chavis BigC-Carpenter wrote: "But, I have never seen Byron Allen as a reflection of or as a spokesperson for Black America. Ya dig!"

Well, just because he doesn't talk like the Hollywood Shuffle stereotype of what black people are "supposed" to be like, doesn't mean he's not black. He's clearly a black man. He's "Black Wall Street" in the flesh. He learned what he needed to learn in order to live a different way than what the liberal-democratic, pro-marxist black leaders told us we're supposed to be like. Being poor, and "hood" and "ghetto" and "jive turkey, ya dig!" doesn't encompass the whole of what being a black person is. Your race doesn't limit you to what you can achieve or what you may think or what you may feel about your existence, the way our ideological enemy wants to think.

I think (pulling back from my earlier comments about how he talks like the GOP folk) that he's signed up on Cornel West and Tavis Smiley's anti-Obama campaign, maybe because he does believe in extreme leftist views. Or maybe he's using it as a screen to hide his "precious, precious tax breaks" real reason he's being anti-Obama. Who knows?

Muhammad Rasheed - In any event, I'm not a proponent of proclaiming a black person isn't a "real" black person because they appear to subscribe to some artificial ideology I don't approve of. Who am I??? That's very insulting and crazy to me. Slavery is over. I'm slave to no man nor yet to no man's narrow-minded little box they want to fit me in. You don't do that to people.

Raymond Gardner - Not to mention he got the rap of being the sellout of the three. No hood cred. With that worth, who needs hood cred?! lol

Muhammad Rasheed - Did you see the vid of Eddie at the 60th Oscars? He gave up his vision for black empowerment in the industry because white critics attacked him, and then he started doing all of those shit movies, dancing like a puppet on the strings of his white billionaire "friends." That's what "selling out" looks like by definition.

Meanwhile, Byron is suing a white super-corporation for $20 billion for racial discrimination.

Raymond Gardner - Yeah I saw it... I remember we had a nice discussion about Harlem Nights on a separate thread awhile back, and how he got vilified for it despite it being beloved by black audiences. But when you boil the whole story down like you did right above, good lort!

Muhammad Rasheed - Interestingly, Byron Allen is performing major power moves... the same type of true player business moves that Tyler Perry performs... and once again my people are blind to what that actually MEANS, while they alienate the man and question his "blackness" and call him a sellout, etc. lol It's crazy. No doubt it's a part of the enemy's brainwashing, that the thing we need the most for achieving socio-political freedom, we scorn it like it is poisonous. Like a damn badge of honor and pride. You can't tell me that isn't a curse upon my people; a mental bondage.

Who gives a shit about this man's politics, or Tyler Perry's choice of worship, etc.? Why is that relevant in any way, shape or form? To anything? It pisses me off so much to see you act so shallow-minded and petty over that stuff. Everything you claim you want, you push it away. lol It's ridiculously comical and tragic by turns, really.

Tell me this: When Spike Lee went to the Who's Who of black stars to get funding for his Malcolm X film, do you think it should've mattered whether any of the potential investors actually agreed with Malcolm's message/vision/worldview? Do you think that should have been relevant at all as to whether they wanted to help the director with his project? Why or why not?

Jerry Lee Brice - Look into who Cleveland O'neal is as well...

Raymond Gardner - It is definitely crazy -- I can't stand Tyler Perry movies most of the time (but remain willing to at least try some occasionally out of loyalty), but I have the UTMOST respect for his business and empire, because he's filling a content AND employment/empowerment void that is always lacking in that industry.

Raymond Gardner - To your point, Muhammad, White America was perfectly willing to accept Mormon Mitt Romney as president, despite the fact that most Evangelicals consider it a cult and look on it with disdain.

When push comes to shove though, they circle the wagons. And Romney's character/faith/background be damned -- they wanted one of their own and that's all they needed. A lesson to be learned there for us.

Muhammad Rasheed - Honestly, that's one of those times when we seriously need to adhere to the "if you don't have anything nice to say, don't say anything at all" moments. If we don't like the content of his art, leave it alone and look at something we DO like. What possible good will come from filling up the Internet with negativity about this black man, especially for the creators among us who hope to see our properties in a bigger, more lucrative medium? Have we NO foresight into the bigger picture? None? We don't see the possibility that the tech-savvy Tyler Perry just might come across some evil rant in a blog somewhere and 100% justifiably be like, "Fuck your li'l superhero comic." lol

Muhammad Rasheed - 'Cause I know I sure as fuck would. hahahaha You'd better bank on his "turn the other cheek" Christian bag. hahaha

Muhammad Rasheed - "Super Successful Black Venture Capitalist Tells Black Community to Kiss His Black Ass with Tears in His Eye While He Says It."

lol Y'all are stupid as fuck. hahahahaha

Muhammad Rasheed - Will Smith HEARD you, and wanted the same thing YOU want. He’s a huge fan of genre fiction, and loves that superhero stuff. He is a black superhero. So he and his family invested in their own company and tried to make After Earth a springboard into big money power moves, too. The Hollywood studio cartel SAW it coming, and sabotaged it out the gate.

Do you know how you sounded when you joined those assholes in helping talk shit about that project he put together to help YOU?

Muhammad Rasheed - Well, I know what it sounded like to me.

And then you started making fun of his children, and questioning him and his wife's parenting and shit. Really? To the guy who was actively trying to set up a company to bring your black speculative fiction properties to the silver screen?

William Satterwhite - "I think Byron owns a network or something.“

Technically it's more of a production company that produces a bunch of shows in bulk for first run syndication- I think there might be an online streaming component but there isn't an actual TV channel in the classic sense. That said, that is still a major move

Muhammad Rasheed - And Lord knows what he actually plans to do with this suit money it looks like he very well may win.

Ashanti Ghania - Which goes to show you that it's the producers, not the talent, that makes the real money.

Muhammad Rasheed - Right. It's textbook business. The talent represents the product in his company, and his job is to buy product as cheap as he can get it, and make his profits by selling it marked up. His initial goal to be profitable is to pay the talent as little as he can get away with (if he owns a slave ship or an abortion clinic, he'll get his product for free). So the wealthier the talent is, you get a good look into how much the suits behind the scenes get. Mike Tyson, for example, grossed $300 million for 1996 alone.