A Gift From the Masters 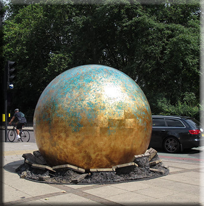 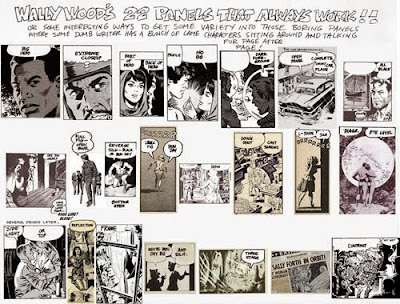 Larry Hama – First time I've seen this version. I guess I'm not in the loop. Swiped from Erik Larsen.

Larry Hama - I think my lettering has improved somewhat in 35 years.

Peter Pachoumis - @Larry… you put together the original?

Larry Hama - Yes. Hand lettered the title and wrote the blurb. I was pissed off at writers that day.

Peter Pachoumis - Then I owe you and Wally a thanks, this has alway been a perfect example in talks.

Mike EL - Every Brian Michael Bendis script would benefit from this process.

Bob Bailey - Ric Estrada had a version of this two that was very much like the one you posted. He showed it to us Kubies and said it came from Woody.

Larry Hama - This was the original: 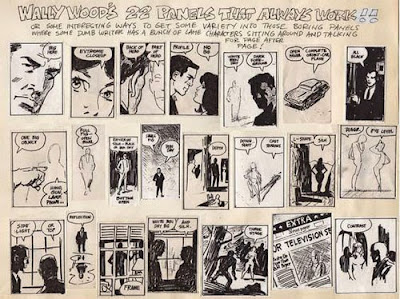 Muhammad Rasheed - I wrapped my whole life around this thing when I started my Monsters 101 comic. To find out you were the one that made it is a special thrill.

Thank you so much, Larry. You changed my life.

Henry Mayo - Do you still own it?

Larry Hama - I had the panels shot down so they would all fit on on sheet of paper, and hand lettered the title. I wanted something to hand out to new pencilers when I was an editor @ Marvel, and it proliferated like crazy.

Fershid Bharucha - But now it belongs to the "Estate"! tongue emoticon

Mike Harris - It helped me out of many a jam. Thanks, Larry.

Phil Gosier - I remember getting a xerox of the original version from you...as a penciller its kind of like being given a bottle of Scope.

Henry Mayo - Phil--that's a perfect way to describe how I feel when someone tells me my mistake.

But I welcome it.

Phil Gosier - @Henry...Indeed! But somehow you still leave the exchange feeling las though you have bad breath.   ;)

Henry Mayo - I would trade my Grandmother for endless bottles of Scope.

Larry Hama - I handed them out to everybody. Wasn't being judgmental. Apparently, I offend a lot of people.

Henry Mayo - Some folks don't like gifts
Posted by M. Rasheed at 9:11 PM