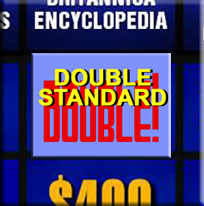 Tony Steed -  White-On-White Crime -- Will White Culture Ever Grow Up?

So much true in this. 2013 over 3100 whites murdered. 2600+ killied by other whites. Where are the fathers? Was it the country music? Katina, Chad, Muhammad, Sincerus, Andrew… yall need to see this.

Andrew Bell - Why did you tag me in this? I've never once said anything about white on white crime, i know people are stupid. Should i find some stories about black on black crime or some statistics that state predominantly black neighborhoods have the highest crime rates and tag you back?

Tony Steed - Stop being angry dude. I tagged you because I hoped you would see the hypocrisy in mefia reporting and see how lopsided. But if you wanna get all angry snd shit, and post about black on black crime or remove the post. Have at it. Was thinking you'd be less emotional more objective than you're being right now, but screw it.

Andrew Bell - I'm not emotional at all. I was just confused by u tagging me. I know the media is lopsided as fuck. I never once debated that. They will only report on stuff that will cause conflict. White on white doesn't bother anyone because most people with common sense knows it happens. Only racists try to act like it doesn't. Same goes the other way. Thought maybe we were playing some kind of weird tagging game.

Muhammad Rasheed - Andrew Bell wrote: "White on white doesn't bother anyone because most people with common sense knows it happens."

The populace has been indoctrinated with the idea that "predominantly black neighborhoods have the highest crime rates," that's why they don't notice, or care, that poor white neighborhoods have comparable crime rates. The American populace has been brainwashed with the idea that blacks are inherently criminals as a matter of race, meanwhile, criminality is about desperation and opportunity, actually has nothing to do with race.

Andrew Bell - You're right, it isn't about race but every media outlet makes it about that. I don't have the views that you have projected onto me Muhammad, but i do understand that mindset. The problem is that most people view events in black or white terms rather than in human terms. Saw 2 headlines just the other day that shows the differences, but i dont remeber exactly how they went but they read something like this.

Then..."black man gunned down by police" (almost the same situation as above...so good)

But because the media adds "black", it immediately draws attention and negative reaction.

Muhammad Rasheed - More than likely it said, "Frowning Black man with 2 parking tickets gunned down by police finally," versus "Teen who scored 'A' in Social Studies, beloved by his grieving family, killed ruthlessly by police."