The Subjectivity of Art 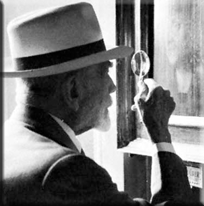 Eric C. Martin - I must have missed a meeting, Muhammad. I listened to Louis' two comedy albums on SPOTIFY, and... I didn't laugh once. WHY is he so popular?

Muhammad Rasheed - Well, Eric... just like I explained in that Harlem Nights thread a few months ago, art is subjective on a fundamental nature. What appeals to one viewer will not appeal to the next viewer. There is no such a thing as "universal appeal." One man's treasure is the next man's rubbish, etc.

It’s funny how, as a fellow artist, you've never learned this.

Eric C. Martin - Who said I never learned this? I was merely asking what am I missing (or as I put it, did I miss a meeting?).

Why are you bringing up Harlem Nights?

Muhammad Rasheed - Eric C. Martin wrote: "Who said I never learned this? Why are you bringing up Harlem Nights?"

Because in both instances, you are expressing confusion over the idea that someone else can enjoy a property that you don't like. In the Harlem Nights example you even definitively proclaimed that the property had no merit whatsoever just because your demographic didn't care for it, while my own demographic considers it a beloved classic. This is a clear demonstration of the concept of art's subjectivity having missed you for some reason.
Posted by M. Rasheed at 7:19 PM