The Cure for Indoctrination 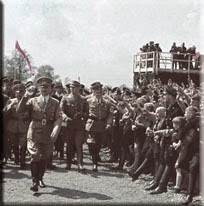 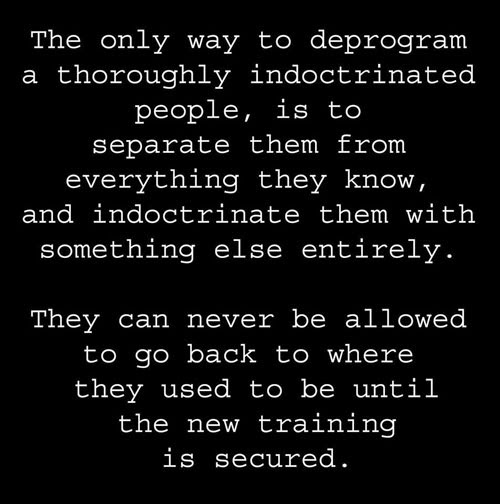 Jeremy Travis - But what is the right/fair/just/respectful/best way to do that?

Muhammad Rasheed - Jeremy Travis wrote: "But what is the right/fair/just/respectful/best way to do that?"

1.) To carefully, thoroughly and frequently explain to the masses why what they are holding onto is wrong...

3.) Ask for volunteers to go to the training facility.

4.) Once trained, they can return to the original (ghetto) area they were from and recruit new members with their success examples and testimony.

Who did Hitler indoctrinate?

Dave Stephens - Pretty much every German…

Muhammad Rasheed - Hitler didn't indoctrinate the Germans. He just led them. What makes you think they were indoctrinated?

Dave Stephens - Well, that's what the German say about their own history… The indoctrination of their own youth...

Muhammad Rasheed - Of their youth? How long was Hitler in power?

Dave Stephens - 12 years BUT massively influential for more than a decade before... 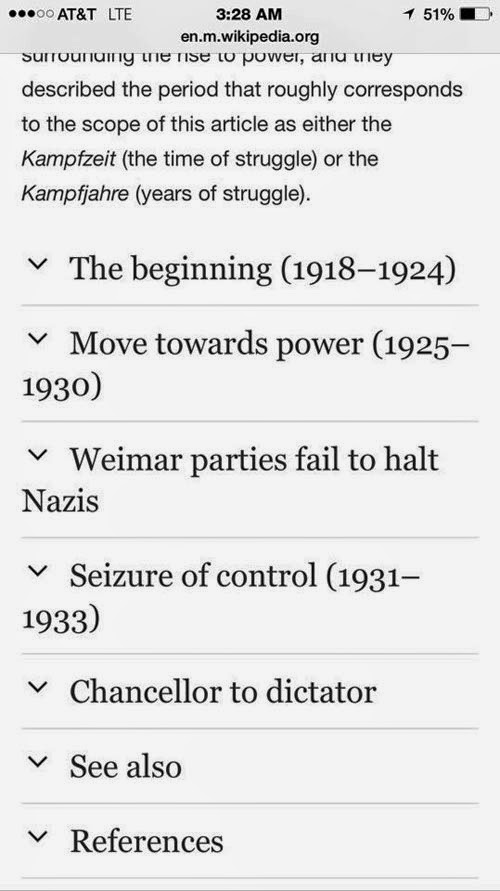 Dave Stephens - There were tons of interviews of older Germans in the 80s and what they remembered about their own indoctrination was heartbreaking...

Muhammad Rasheed - He had influence within the party circles, but according to the article they had to finagle him into high leadership. While he was in power, the Reich no doubt had a child indoctrination Aryan Superiority program in place, but what about the adults of the time? How would he have indoctrinated them? He was just a political leader to them. One of many.

They weren't indoctrinated. They were just following.

Ze Germans believed what he was doing was destiny and birth right.

Muhammad Rasheed - Was that indoctrination, or were they celebrating something in his speeches that they already felt was true that Hitler was merely touching on? It's WHY they found him charismatic... because he was able to stir their deepest feelings, feelings he shared and articulated powerfully.

In a similar parallel, when Richard Herrnstein and Charles Murray compiled the historical data that made up the bulk of their book "The Bell Curve," even though the information they pulled showed otherwise, they still said in the summary chapter that wrapped up the book that IQ and race were fundamentally linked. In the controversy that followed in the wake of the book's publishing, many whites skipped the study itself and paraded around the author's summary as gospel, even though their hesitant implication was not supported by the facts they themselves compiled. Like them, the supporters of that stance believed what they thought in their hearts and wanted to be true, and followed their lead, just like Hitler's followers did. Any indoctrination that may have been involved happened LOOONG before The Bell Curve, and LOOOONG before the rise of the Nazi Party.
Posted by M. Rasheed at 12:08 PM