The GOP: Addicted to Overreach 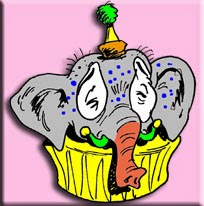 The funny part about this whole Brian Williams thing to me is the Right’s drooling enthusiasm to pounce on it like some kind of “Ah Ha!” item that they get to make fun of their political rivals over. The GOP are ALWAYS getting clowned, because they are always doing something clowning worthy in public for everyone to laugh at, so I understand why they would be over-eager to parade this Brian Williams item around the way they have been. And the memes are often funny.

The dumb part, where it looks like they are about to mess up again, is when they pretend that “Now we’re even!”

Whoa. Slow down. What do we have here? Brian Williams exaggerated his involvement in a story to make himself look better. You know… regular job hunting stuff. He didn’t do anything as retarded as proclaiming (publicly) that the only terrorists EVER were from groups whose members subscribed to the religion of Islam. So enjoy your moment, but don’t trip and end up giving your rivals even more fodder to smack you around with in your regular goof-fest cycle. After-all, it’s just a matter of time before another GOP member says something crazy, or turns out to be a closet homosexual while having a history of attacking the “homosexual liberal agenda,” etc. You may wish to keep things in perspective while you’re blowing up Brian Williams’ story exaggeration all out of proportion.

Raymond Gardner - They're addicted to overreach. I eagerly await the next fail.
Posted by M. Rasheed at 10:55 AM