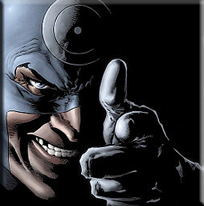 Muhammad Rasheed - [shared photo]  This is Bullseye.  He'll kill you as soon as look at you.  He's one of my very favourite villains, and this image below is scanned from the now classic Daredevil #181 issue when Frank Miller had him kill Elektra with her own sai. 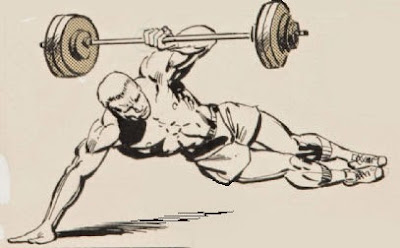 Here he is in prison doing his personal workout.  The pose blew my mind as a teenager, considering Bullseye is supposed to be a "normal human" by Marvel Comics standards.  As a fan of The Official Handbook of the MARVEL UNIVERSE series, it went a long way towards explaining exactly what Marvel writers meant when they described a character as having "the normal strength of a man of his age, height, and build who engages in intensive regular exercise."  In my mind, Frank Miller was the king of street-level costumed characters who demonstrated what "intensive regular exercise" could actually do, and what it was supposed to look like.

One day, sometime in the late '90s, I had a phone conversation with an old friend in which we swapped descriptions of our favourite speculative fiction properties.  This friend happened to be a "street-level"fighter character in real life, with a background in pro wrestling, bouncing, and many years of traditional martial arts training, so I was genuinely surprised he wasn't well-versed in Frank Miller's Daredevil run.   I remember being quite pleased that I would have the pleasure of telling him about those stories to get him hooked on them, but when I told him about this particular Bullseye workout pose, he sniffed and dismissed it.  Confused, I thought I just wasn't describing it right, but no, he thought it was stupid, and said it was impossible for someone to be able to do something like that, and it proved Miller was actually a shit writer.

lol  I'll admit my feelings were hurt from this blatant insult to one of my favourite creators, and that phone conversation has never been far from any fond thoughts of these wonderful stories, much to my irritation.

And then one day I came across THIS:


...and you now cannot tell me that what Bullseye performed was impossible.  There's no way these guys CAN'T do what Miller drew.   In fact, other than his fighting ability, it looks like these dudes could give the character some workout pointers!  That's what "intensive regular exercise" on the superhero level really looks like, and it is real.

There's nothing wrong with a healthy skepticism, but a skepticism that is based only on a small-minded mentality and zero facts is worthless.  What purpose does it serve but to only attempt to make the world less magnificent than it actually is? 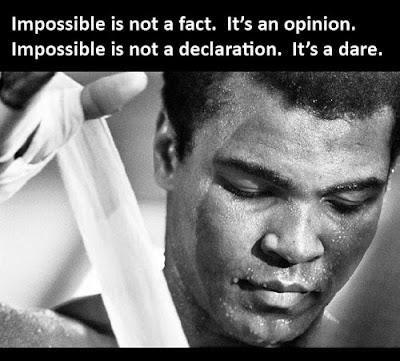