Saving the Thief on the Cross 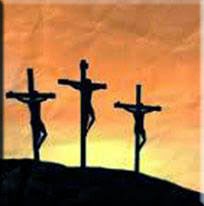 Muhammad Rasheed - @Michael Daniels... Question. Let’s say that the Jesus/thief dialog on the crosses really happened the way “Luke” said it did, and let's compare it to the Christ’s instruction to the rich man using your ‘presumables’ from this thread regarding special circumstances in lifespan at the time each man was told what they were told. For all intents and purposes, even factoring out any special prophetic insight the Christ may have used, what he told the thief still functioned like a “hook up.” It seems to me that it should be reasonable to conclude to anyone that the gift he gave that man during unusual circumstances would not apply to the average believer, and that for you, the instructions to the rich man would be the normal operating best practice as a follower of the Christ.

What are your thoughts on this?

Michael Daniels - Mo Said "What are your thoughts on this?"

Okay, I have a little time. Let's look at both scenarios within their context, because in my opinion the passages really do compliment each other and drive home the same point from practically oppoite perspectives. Both passages can be found in Luke.

18 A ruler asked Him, “Good Teacher, what must I do to inherit eternal life?”
19 “Why do you call Me good?” Jesus asked him. “No one is good but One—God.
20 You know the commandments:

Do not commit adultery;
do not murder;
do not steal;
do not bear false witness;
honor your father and mother.”

21 “I have kept all these from my youth,” he said.
22 When Jesus heard this, He told him, “You still lack one thing: Sell all that you have and distribute it to the poor, and you will have treasure in heaven. Then come, follow Me.”
23 After he heard this, he became extremely sad, because he was very rich.
24 Seeing that he became sad, Jesus said, “How hard it is for those who have wealth to enter the kingdom of God!
25 For it is easier for a camel to go through the eye of a needle than for a rich person to enter the kingdom of God.”
26 Those who heard this asked, “Then who can be saved?”
27 He replied, “What is impossible with men is possible with God.”
28 Then Peter said, “Look, we have left what we had and followed You.”
29 So He said to them, “I assure you: There is no one who has left a house, wife or brothers, parents or children because of the kingdom of God, 30 who will not receive many times more at this time, and eternal life in the age to come.”

Based on your suppositions, that if your good works outweigh your bad work you're in, this guy should have been a shoe in for paradise. Clearly if he was being honest he had done everything necessary for a Jew to be saved based on what was known up to that point. But it's clear Jesus wanted a deeper commitment. Good works were not sufficient for the eternal salvation He would soon be the instrument of. Jesus wanted faith in and devotion to Him. He didn't want anyone or anything to get between the believer and his Lord...especially money. Jesus final point makes it clear that the key to salvation is not the part about selling his stuff (although the rich young ruler was certainly tripped up by that) but to unconditionally follow Him. Jesus wanted the man's heart and money got in the way.

(Thief on the cross to come soon.)

32 Two others—criminals—were also led away to be executed with Him. 33 When they arrived at the place called The Skull, they crucified Him there, along with the criminals, one on the right and one on the left.
34 Then Jesus said, “Father, forgive them, because they do not know what they are doing.” And they divided His clothes and cast lots.
35 The people stood watching, and even the leaders kept scoffing: “He saved others; let Him save Himself if this is God’s Messiah, the Chosen One!” 36 The soldiers also mocked Him. They came offering Him sour wine
37 and said, “If You are the King of the Jews, save Yourself!”
38 An inscription was above Him:  THIS IS THE KING OF THE JEWS.
39 Then one of the criminals hanging there began to yell insults at Him: “Aren’t You the Messiah? Save Yourself and us!”
40 But the other answered, rebuking him: “Don’t you even fear God, since you are undergoing the same punishment?
41 We are punished justly, because we’re getting back what we deserve for the things we did, but this man has done nothing wrong.”
42 Then he said, “Jesus, remember me[l] when You come into Your kingdom!”
43 And He said to him, “I assure you: Today you will be with Me in paradise.”

Everybody was piling on Jesus at this point. Their were a few sympathetic people in the crowd, but let's face it they weren't being vocal at all for fear they might be punished similarly....The religious leaders are mocking Him the soldiers were divviing up His clothes, and the criminals with Him were't cutting Him any slack either...except one. This one guy, despite being in excrutiating pain and being in the midst of dying an agonizing death in his own right took the time to tand up for Jesus...In terms of his salvation he did three things.

1) Acknowledged he was a sinner.
2) Established the righteousness of Jesus/God
3) Submitted himself to Jesus as King.

These are the three essential elements of Christian salvation and he satisfied them all. I don't see this as a deathbed conversion, by the way. Clearly this man had encuntered Jesus before because he knew so much about the Man and His Message. At some point prior a seed of faith had been planted and because of the providence of God it bloomed to full fruition right there on the cross. If Jesus were looking for hearts he clearly had this guy's hook, line, and sinker. It wa no fluke, or special "hook up", it was a genuine profession of faith in the Son of God and Jesus accepted it as such. It was worth more than all the evilness the thief had committed in his lifetime.

Muhammad Rasheed - Michael wrote: “Based on your suppositions…”

The message of the One God is as follows:

Michael wrote: “…that if your good works outweigh your bad work you're in, this guy should have been a shoe in for paradise. Clearly if he was being honest he had done everything necessary for a Jew to be saved based on what was known up to that point.”

According to the passages you posted, the rich man had kept the commandments in the name of God, therefore he satisfied the requirements for #s 1 and 2. You say he had done everything necessary, but Jesus said that he still lacked one more thing.

Michael wrote: “But it's clear Jesus wanted a deeper commitment. Good works were not sufficient for the eternal salvation He would soon be the instrument of.”

According to the passage you posted, Jesus said that the guy now still needed to perform good works by the giving away of his stuff in charity, and only then would he “have his treasures in heaven.” If he obeyed these instructions he would be following the Christ.

Michael wrote: “1) Acknowledged he was a sinner 2) Established the righteousness of Jesus/God 3) Submitted himself to Jesus as King. These are the three essential elements of Christian salvation and he satisfied them all.”

Jesus’ instruction to the rich man showed definitively that there was more to it than that, which returns me to my original question. Within our previous discussion, you acknowledged the fundamentally different circumstances regarding expected lifespan for these two figures here. Between the two of them, the rich man represented the average man, under average circumstances, and the instructions to him represented what Jesus expected from all those who followed him. Those instructions were precise, exact, unambiguous.

For the man on the cross, what do we know of him based on what he said? In his first line it was clear that he already believed in God. In his second line he acknowledged that he was being justly punished for the things he had done, and in the context of the times where someone who believed in God (and recognized the Hebrew’s Messiah when he saw him) also believed in “eye for an eye,” it is clear that the things he had done were pretty heinous if he considered crucifixion to be a just punishment for them. As I analyze this, I’m beginning to change my mind regarding what the “thief on the cross” story represents. For someone who was a believer, who was being crucified for crimes he knew were bad enough to deserve crucifixion, under what circumstances would he expect the Messiah to remember him when he came into the Kingdom? There is only one reasonable circumstance in which that would make sense:

The thief had repented of his crimes while he sat in prison awaiting punishment, and at the point we met him, believed that his soul was in right standing with God.

THAT is why Jesus assured him that he would be in paradise, because he was okay. He already believed, he had repented of his sins, and his good works were heavy. As an added bonus he acknowledged Jesus' mission as being legit. In other words, the 'thief on the cross' had fulfilled the Christ's instructions to the rich young ruler in total and was saved. Jesus merely confirmed what the thief already knew in his heart was so.

I withdraw my original question. Thank you for your time. I always learn something new when we talk. You’re the best, Deac. Enjoy your holiday.

Standing on the Cross: Reverend Daniels versus the New Age, pt 1 of 2
Posted by M. Rasheed at 9:49 PM