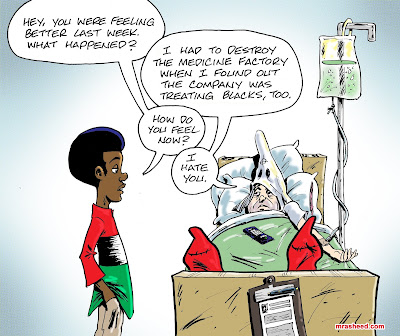 Adam Efimoff - Why is there so much hatred towards Blacks in the USA?

Muhammad Rasheed - The hatred is a tool designed to protect the artificially-elevated social status of the white racist aristocracy. Whites will sacrifice their personal comforts and way of life to make sure they are ranked higher socially than Black people, and will deliberately sabotage programs to economically exclude Black people from mainstream society gains and perks.