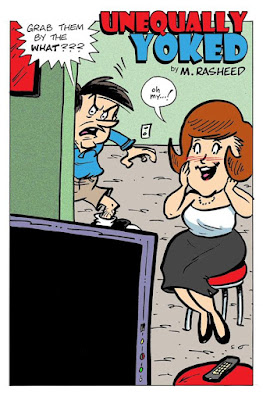 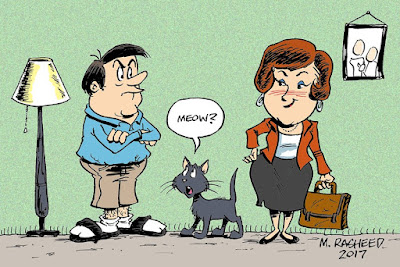 This whole thing developed impromptu from a doodle of the guy's face in the cartoon above, so there was no real story to it in the beginning.

After looking at them, I just assumed she worked for the 2016 Trump election campaign, and him with his shirt color implying he's still mad that Bernie didn't get the DNC nod. Once I made that determination the series took on a life of its own. 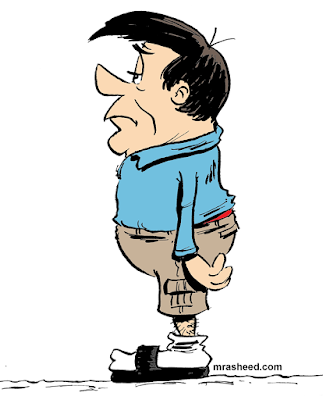 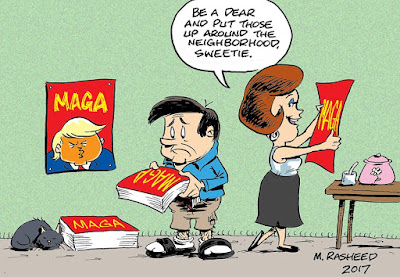 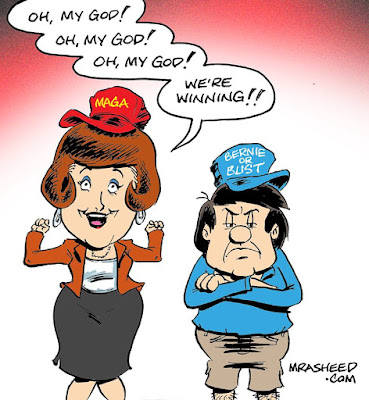 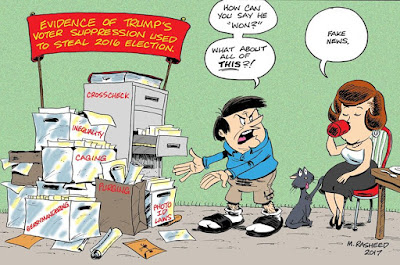 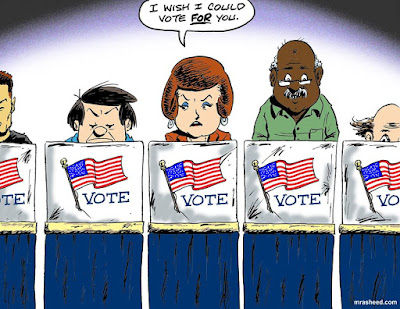 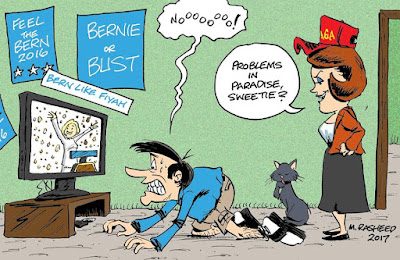 By this time, one of the FB Cartoonist Groups I was posting in ("Ink Slingers") said they were no longer tolerating cartoons with content that made white people feel bad. lol So that kind of killed my momentum on these, with the resulting attack on Free Speech inspiring me into another direction.