The Liberating Power of Earnest Study 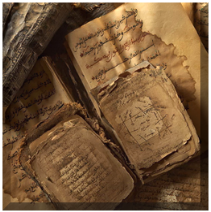 Mohammad Abduluzzah - Why do non-Muslims refuse to believe that the Prophet Muhammad (SAW) split the moon even though NASA has proved it happened during the prophet's lifetime?

Muhammad Rasheed - Please note that the Qur'an is full of references to the people of olde and their continuous pleadings that they would indeed believe if only the prophets would show them a miracle. They did not believe, but only made up some "moving the goal post" excuse for why the miracle wasn't good enough for them. When the Christ Jesus came along (peace be upon him), he point blank told the Pharisees and scribes among the children of Israel that "an evil and adulterous generation seeketh after a miracle."

So it shouldn't be a surprise that in the prophet Muhammad's day (pbuh), Allah wasn't putting up with the request at all. When the prophet would break down under the continuous requests for a sign, Allah would tell the legend of a previous prophet who performed miracle after miracle to no avail... the people would not believe. Verse 6:109 below shows Allah telling the prophet what to say to the believers who were also assaulted with such requests from disbelievers, seeking to have the sahaba pressure Muhammad into performing signs for them. Verses 29:50-51 shows Allah proclaiming that the Qur'an itself is miracle enough!

Allah's answer to the numerous requests was a clear "No!" and yet we have Muslims even today somehow believing in this "split the moon" miracle during the prophet's lifetime. This is absurd. It is clear that 54:1 is a reference to the unseen future when the great cataclysm that heralds the resurrection of humankind for Judgment is upon us. The moon will literally be smashed into two chunks, like from an impact of cosmic proportions. Those who insist that the prophet "split the moon" as the very miracle that Allah refused to perform, only reveal themselves as that "evil and adulterous generation" that the Christ described.

O ye who believe! Stop chasing after foolishness in perfect mimicry of the disbeliever, and focus instead on keeping your feet firmly upon the Path as our Lord requires of us all!

54:1-8
1. The Hour of Judgment is nigh, and the moon is cleft asunder.
2. But if they see a Sign, they turn away, and say, "This is but transient magic."
3. They reject the warning and follow their own lusts but every matter has its appointed time.
4. There have already come to them Recitals wherein there is enough to check them,
5. Mature wisdom;- but the preaching of Warners profits them not.
6. Therefore, O Prophet, turn away from them. The Day that the Caller will call them to a terrible affair,
7. They will come forth,- their eyes humbled - from their graves, torpid like locusts scattered abroad,
8. Hastening, with eyes transfixed, towards the Caller!- "Hard is this Day!", the Unbelievers will say.

6:109
They swear their strongest oaths by Allah, that if a special sign came to them, by it they would believe. Say: "Certainly all signs are in the power of Allah: but what will make you Muslims realize that even if special signs came, they will not believe"?

29:50-51
50. Ye they say: "Why are not Signs sent down to him from his Lord?" Say: "The signs are indeed with Allah. and I am indeed a clear Warner."
51. And is it not enough for them that we have sent down to thee the Book which is rehearsed to them? Verily, in it is Mercy and a Reminder to those who believe.

Dave Roberts - As a born again Christian, I read your answer with interest, Muhammad. You have correctly quoted Jesus’ rebuke to those who sought only miracles, instead of what He was sent to the world to deliver; forgiveness of our individual sins. The following story from the Bible illustrates the point;

“And getting into a boat he crossed over and came to his own city. And behold, some people brought to him a paralytic, lying on a bed. And when Jesus saw their faith, he said to the paralytic, “Take heart, my son; your sins are forgiven.”

And behold, some of the scribes said to themselves, “This man is blaspheming.” But Jesus, knowing their thoughts, said, “Why do you think evil in your hearts? For which is easier, to say, ‘Your sins are forgiven,’ or to say, ‘Rise and walk’?

But that you may know that the Son of Man has authority on earth to forgive sins”—he then said to the paralytic—“Rise, pick up your bed and go home.” And he rose and went home. When the crowds saw it, they were afraid, and they glorified God, who had given such authority to men.”

Muhammad Rasheed - Hi, Dave. Thanks for reaching out.

As a Muslim, I have to disagree with your assessment of why the Christ was raised up among us. His mission was no different than that of all of the other prophets of Abraham’s Lord, from Adam to Muhammad, may peace be upon them all. Their sole job during their lifetimes was to preach God’s Word; to instruct us in scripture and wisdom. That’s it. They held no special authority to perform any aspect of Allah’s Divine Duties, they were only the messengers of what Allah revealed to humankind.

I will also use your biblical story to illustrate my point. Jesus’ job wasn’t to forgive us of anything. As the prophet, his job was to pass onto us the scriptural message revealed by his Lord that told us about the tool of repentance, and then instruct us in how to perform it correctly. Each believer has been instructed in what to do in order for their sins to be forgiven. It is written, that we must believe in the One God, repent of the wrong, and use faith, courage & integrity to do it no more (“Amen”). Do this, and Allah promised that the sin would be thrown into the Sea of Forgetfulness, and it wouldn’t be mentioned at all on the Day of Judgment. The Christ didn’t have the authority to forgive the man’s sins, but as one of the anointed master teachers of sacred scripture, he certainly held the ability to evaluate a believer to tell whether he had performed the repentance ritual correctly. The tale said that Jesus “saw their faith,” which means he saw that they — like the rich young ruler in the other tale — knew the rights and rituals of the Word from of olde and knew what to do. So upon confirming that all was right, and the paralytic was in compliance to the Word’s requirement, the Christ was able to comfort him and let him know that yes, “your sins are forgiven.”

The lesson is that we have the revealed scripture of our Maker among us, and we have the knowledge we need to be saved if we but study to show ourselves approved. The age of the prophets has come and gone, and the One God of Abraham confirms that they did indeed perform their earthly duties excellently. Now it is our duty to know what we are commanded to know so we may stick to The Straight Path and please God.

Thank you so much for an interesting topic, Dave. Peace.

Dave Roberts - You seem like a man who’s desire is to please God, Muhammad.
Posted by M. Rasheed at 12:41 PM